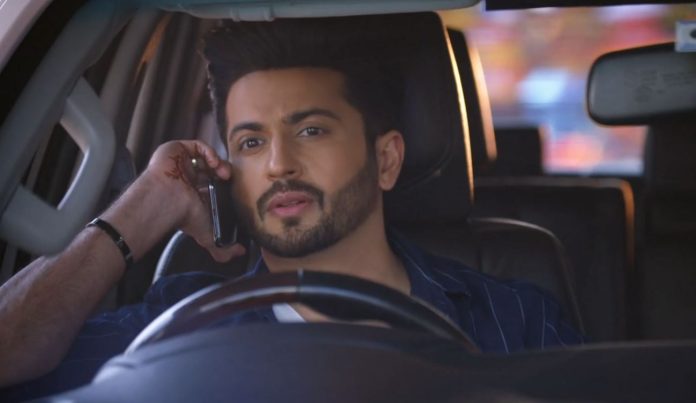 Kundali Bhagya 1st November 2021 Written Update Karan is back Kareena rushes to inform Rakhi that Sanjana has suffered a heart attack. She asks Rakhi to inform this to Sherlyn in a way that the latter handles the news. Kareena and Rakhi go to meet Sherlyn, and inform her the shocking news. Rakhi tells Sherlyn that her mother Sanjana has suffered a heart attack, and would need her/Sherlyn by her side. She asks Sherlyn to just go to Sanjana and take care of her. Sherlyn is worried for her mother. She agrees to go.

Meanwhile, Preeta asks the nurse to keep an eye on Sandeep all the time. She asks her to call her if she finds anything wrong or suspicious. She tells that if she sees any unknown person around, then immediately call her. Preeta meets Prithvi, and realizes that he is the person responsible for Sandeep’s accident. She tells him that its Diwali, and the good person will return to the family, Rishabh will return and celebrate Diwali with the entire family like he does every year. She challenges him that she will prove Rishabh innocent and bring him home.

Prithvi grows worried. He plans to kill Sandeep and get rid of him to free himself from the accusations possible. Prithvi’s fears will make him commit a mistake and get caght red-handed. Karan informs Preeta that he is coming for the final hearing, he will save his brother and take him home with all the regained respect. Prithvi will be caught by Preeta and Luthras, and his evil face will come out. How excited are you to see Prithvi’s track ending? Comment your views and keep reading for the latest update.

Earlier in the show, Prithvi tells that Sandeep was earlier acting that his bones break, but now it will really happen, this will be his end. He asks Sandeep how does he like to die. He asks him to choose how will he go to the hell. He tells that he will run the car over him and kill him to end his leftover life in his body. Sandeep shouts for help. Prithvi goes back to speed the car and kill him. He sees some people coming to help Sandeep. Prithvi flees from there.

Sameer and Shrishti see the crowd and find Sandeep injured. They realize that someone has planned Sandeep’s accident. The judge asks Preeta to call Sandeep soon. Preeta tells that Sandeep couldn’t come in the court, but his fiancee Sudeepa can give the statement in Rishabh’s favor. Shukla tells that Sudeepa’s statement won’t be counted. Preeta tells that Sudeepa can tell them that Sandeep can walk. Shukla tells that Preeta can get a hundred people in her favor, majority doesn’t prove anything, the court needs a proof. Rishabh understands that Preeta is trying hard to prove his innocence.

She asks Shukla to call his client in the court and prove that he can’t walk. She appeals to the court to put the verdict on hold, until Sandeep appears and his truth is proved. Shukla asks her not to order the court. The judge tells that Sandeep’s presence is needed, the verdict won’t be passed, the hearing will be postponed for a day. He adjourns the court. Rishabh doesn’t get the bail. He is taken into custody. Karan is seen still following Shukla’s aid and trying to figure out something.

Preeta goes home with the family. Karan calls Preeta to know about the hearing. Preeta tells that they got a new hearing date. Karan tells her that he will be coming tomorrow to attend the hearing. Luthras reach home. Preeta gets Shrishti’s call. Shrishti and Sameer admit him into the hospital. She tells Preeta that Sandeep met with a deadly accident, he is in a really bad state. Preeta knows that Prithvi is behind the accident. Shrishti tells that Prithvi was present in the court. Preeta tells that Prithvi left the court and injured Sandeep. She feels guilty that she couldn’t keep her promise of protecting Sandeep.

Shrishti asks Preeta to come to the hospital. Preeta tells that she wants to protect Sandeep, she will call the doctors for his quick treatment. She goes to console Rakhi. Prithvi comes home and finds Rakhi in anger. Preeta stops Rakhi from venting her anger on Prithvi. She takes Rakhi with her to the room. Prithvi feels Rakhi got angry on Preeta once again, since Preeta has lost to him.

Rakhi tells Preeta that she is really going mad in anger. Preeta asks her to wait for one day, they will punish Prithvi after the final hearing. She asks Rakhi to let Rishabh come back home first. Rakhi agrees to control her rage for Rishabh’s sake. Sameer and Shrishti come home. They find Rakhi and Preeta in tears. Preeta promises Rakhi that she will bring Rishabh home. They ask Preeta what’s her plan. Preeta tells them that she has no plan, she just had to give a hope to Rakhi. She finds an idea to expose Prithvi’s truth.

Sherlyn talks to Rishabh’s photo. She tells him that he didn’t come home even today after the hearing, she is really scared that he will not come back soon. She loses hopes and cries for him, developing a soft corner for Rishabh. Preeta overhears this and gets confused about Sherlyn. Rakhi and Kareena go to inform Sherlyn about Sanjana’s heart attack. Rakhi asks Sherlyn to reach Sanjana soon. Preeta tells that Sameer will drop Sherlyn home. Rakhi asks Sherlyn not to worry for Sanjana. She consoles Sherlyn. Preeta speaks to the nurse Shilpa on call. Shilpa informs her about Sandeep’s current condition. She updates Preeta everything about Sandeep’s state, that he is better now.

Preeta tells Shilpa that Sandeep didn’t meet any accident, he was attacked by someone. She asks Shilpa to stay alert and call her if she finds anyone unknown around. She leaves Sandeep by trusting Shilpa. Kareena meets Rishabh in the jail. She tells him that Sanjana has suffered a heart attack, Sherlyn has gone to see her mother. Rishabh gets concerned for Sherlyn. He offers help. Kareena likes his concern, and smiles. She tells that she likes his concern towards Sherlyn. He tells that he is just worried, since Sherlyn is handling things all alone. She asks him to take care, they will get him out soon.

Prithvi goes to Sherlyn’s room to meet her. He doesn’t find her. He wonders where she went. He calls her up to ask about her whereabouts. He gives the good news that he has tried to kill Sandeep, he has ended Sandeep’s game. She tells that she knew it, that he is behind Sandeep’s disappearance. She doesn’t want to sound happy. He asks her why isn’t she happy for his success. He asks what’s bothering her. She tells that she is worried for her mother, but he isn’t worried for her or anyone else. He apologizes to her. He tells that he wanted to share the good news with her, and came to her room to meet her.

She tells about Sanjana’s heart attack. He gets glad to know. He acts concerned. She asks him not to come to see Sanjana. He asks her about the court verdict. She tells that Preeta pleaded the court and got tomorrow’s hearing date. He tells that he wants Rishabh to get punished. She feels he is stone-hearted and just thinks of himself. She gets against Prithvi when he spits poison about Rishabh. He tells that he has to get out of this mess as soon as possible. He comes across Preeta. She questions him about going to Rishabh’s room.

He asks her to go and do anything to save Rishabh. She tells that he can’t harm anything, she will save Rishabh. He tells that he isn’t challenging her. She calls him a big liar. She challenges him that she will bring Rishabh home on Diwali, and they all will celebrate together. Prithvi realizes that Sandeep would have died by now, Sandeep has turned into his enemy now. He wants to make sure if Sandeep is really dead. He calls Sudeepa to know about Sandeep.

Sudeepa doesn’t want Prithvi to know that Sandeep is alive. He asks her where is Sandeep. She tells that Sandeep isn’t answering her calls. He thinks she is greedy and would tell the truth for the money, but she is hiding to play a game with her. He understands that she is lying for Preeta’s sake. He asks her to ask Sandeep’s friends about her. He tells her that he should have given the money to her outside the court, but he didn’t see her there. He asks her where was she.

He asks her why didn’t Sandeep come, is he ill and needs some help. She wonders why is he talking so nicely, when he knows that Sandeep was going to cheat him. She tells him that she is travelling. He learns that she has reached the hospital. Sandeep lies that she isn’t at the hospital. Prithvi acts like he didn’t hear anything. He disconnects the call. Preeta gets praised by Rakhi. She always takes care of the family. Kareena finds Sameer and Shrishti in the kitchen.

She asks Sameer what is he doing with Shrishti, instead going to drop Sherlyn home. Sameer tells that he offered help to Sherlyn, but she asked him to stay back with family. She tells that Sherlyn worries for them a lot. She taunts Shrishti for staying in their house always. Shrishti asks Preeta what did she tell Sanjana, that the latter had to lie about the heart attack. Preeta didn’t want Sherlyn to stay in the Luthra house when they are planning a big thing against Prithvi. Preeta admits that she spoke to Sanjana on call. She doesn’t want to take any risk by having Sherlyn here.

She tells that she had seen Sherlyn’s repentance, Sherlyn has started feeling for Rishabh as a wife, Rishabh is also happy and satisfied with his marriage. She wants Rishabh’s smile to stay intact forever. Shrishti asks Preeta not to believe Sherlyn, there is no need to fall in Sherlyn’s drama. Do you think Sherlyn has really changed? When will Karan’s awaited entry happen? Keep reading.

Reviewed Rating for Kundali Bhagya 1st November 2021 Written Update Karan is back: 3/5 This rating is solely based on the opinion of the writer. You may post your own take on the show in the comment section below.