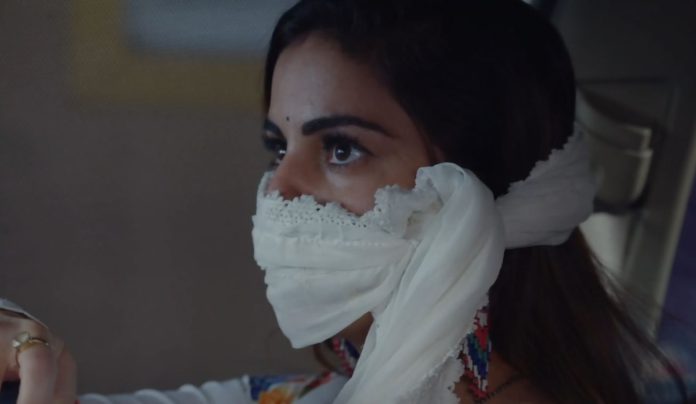 Kundali Bhagya 8th November 2021 Preview Written Update Amazing Preeta doesn’t want Prithvi to flee from the house, else Rishabh will always be threatened. She tells the family that they have Sandeep with them, and can take Sandeep to the court to get his statement in Rishabh’s favor. She assures that Rishabh will come back home after getting freed from the charges, but she wants Prithvi to get caught as well. She doesn’t let anyone call the police, knowing Preeta is really mad and dangerous. She doesn’t want Prithvi to harm Kritika. Prithvi controls his temper when Kritika shouts at him and accuses him for having revenge motives against her family.

She finds him disgusting to stay in Luthra house and plot against them. Kritika doesn’t want to accept any of his explanations. He denies all the blames from the family. He tells that Preeta hates him, and she is doing this intentionally to frame him. Prithvi knows that she is the trump card, who can make him leave or enter the Luthra house whenever she wants. He treats her nicely and once again confesses that he truly loves her, irrespective of his hatred towards the family. He asks her to believe him just once and help him escape from the house.

He emotionally blackmails her, asking if she can see her beloved husband suffering. Kritika comes into his words once again. Prithvi uses Kritika as a shield to leave from the Luthra house. He wants to escape before police comes and arrests him. He also knows that Sandeep will prove Rishabh innocent, and then name him in the court. He failed to kill Sandeep, but wants to save himself. Prithvi takes Kritika at knifepoint to scare the family. He asks Kritika to bear this fake drama, because he has no option to control his family.

Kritika is confused. He tells her that he even wants to take her along. He asks Kritika to leave the family and come with him. Kritika believes Preeta more than Prithvi. Her heart stops believing him more. She refuses to go with him. He calls a cab there in time to flee. He drags Kritika to take her along, but she sternly gets back. Prithvi leaves her alone, and tells that he has to save himself from her family first. He gets into the cab and asks the driver to start. He gets a shocker when he finds Preeta in the driving seat, with her face covered up partially with her dupatta.

She ties the dupatta around her nose because she has a big plan on her mind. She locks the car and stays inside with Preeta, then releases the smoke in the car to faint him down. She wants to get Prithvi in control, knowing he won’t get caught until his evil mind is running. She plans to make him unconscious, so that they can easily catch him. Prithvi gets worried when he finds her using a remote to activate the smoke transmitters in the car. He tries hard to open the door and get out, but fails. He shouts at Preeta to stop it, else he will not spare her life. Preeta stays unaffected by his threatening. Prithvi attempts to attack Preeta in the car. Preeta is determined to end his game. Will Preeta win? Keep reading.

Kritika asks Prithvi is he not ashamed to hurt her family. She tells that her family is loving and caring, they feel each other’s pain and cry. She asks him how can he break her family and their trust. She asks the reason for his enmity. Prithvi tells her that its just the blames on him, but he is innocent. He asks Kritika to trust her, he wants to save Rishabh. He tells that he was killing Sandeep to get himself jailed, and save Rishabh. She asks him how can he stoop so low. She feels she is at fault that she loved and trusted him, that she married him.

She lies to him that she trusts his love, she loves him and feels lucky that he came into her life. He thinks she got convinced by his lies. She hugs him. He tells that they will run away somewhere far from her family. He asks her to give him some time. He asks her to promise, that she won’t go out. He asks her to swear on Kareena. She promises him that she won’t go out until he comes back. She doesn’t want him to play with their emotions. She hears his escape plans. He calls someone with a car. She leaves a note for Preeta. She informs Prithvi’s plans to Preeta and family.

Prithvi doubts Kritika when he sees her near the door. He asks her to be loyal to him if he is loyal to her. He threatens her and asks her not to anger him. She wishes that the family gets the chit she has thrown outside. Kritika tells him that he is her hero hubby, she trusts him. He tells that he wants this trust on him. He adds that he will take her along, his friend is coming to pick them up. He asks her to arrange some ropes to get down the window. She tells that they have no ropes. He asks her for bedsheets to make a rope. Kritika gets scared to jump down. She asks Prithvi to go first.

He asks her if she has changed her mind. He tells that she will go down first. He asks her to jump down. Prithvi and Kritika get down the window. She refuses to leave with him. He gets inside the car. He is shocked to see Preeta. Preeta starts the smoke emitters in the car. He tries to get out of the car. He shouts to stop Preeta. Kritika tries to look inside. Prithvi falls down in the car. Preeta gets down the car, and tries to shut him inside. Preeta and Kritika try to lock the car, but he fights them to fall outside. Preeta’s amazing plan fails.

Preeta tells that she knew everything, why he took Kritika to the room. She adds how she dealt with his friend and uses chloroform smoke to faint him, but he is very cunning. He tells that they all know his truth now, so he will do the unthinkable now. Mahesh asks him what will he do. Prithvi misbehaves with Mahesh. Prithvi angrily hurts Sameer with the knife, when the latter defends Mahesh. Prithvi threatens to kill them. Bani curses Prithvi that he will never stay happy. He warns them to let him leave. He takes Preeta at the knifepoint. He threatens of killing Preeta. Sameer attacks Prithvi from the back.

Preeta gets away. The entire family show their rage, and get hockey sticks to bash up Prithvi. The police comes and arrests Prithvi. Kritika thanks Preeta for saving Rishabh, and also exposing Prithvi’s truth. Rakhi tells that Preeta saved Kritika as well. She also thanks Preeta. Next comes Sandeep to thank Preeta. He apologizes that he did so much wrong with Rishabh. Rakhi asks Sandeep to give a statement in Rishabh’s favor and save him. He assures her that he will help Rishabh. He promises that Rishabh will come back home.

Reviewed Rating for Kundali Bhagya 8th November 2021 Preview Written Update Amazing: 5/5 This rating is solely based on the opinion of the writer. You may post your own take on the show in the comment section below.