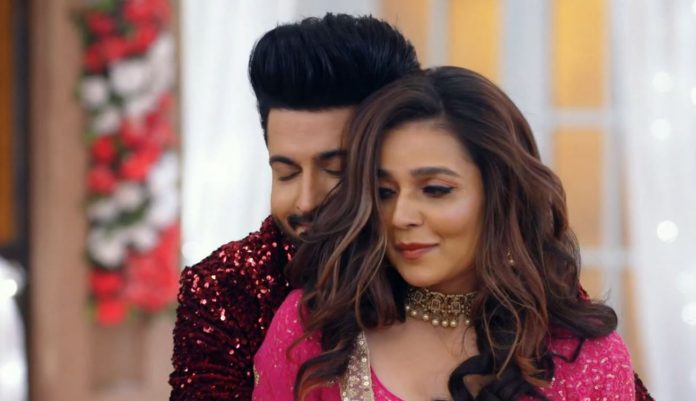 Kundali Bhagya 11th November 2021 Written Update Sona’s real plan Prithvi enquires about Sanjana’s health. Sherlyn tells that Sanjana is fine, her illness was just a drama. She tells that it was Preeta’s plan, just to make her away from the house. She asks Prithvi why did he not believe her before. She scolds him for being mad for Preeta and Kritika. She wanted him to know their truth. He tells that he loves her a lot. She tells that she is also mad like him, so she can understand him well. Rishabh arrives at the police station to find out Sherlyn’s presence. Prithvi apologizes to Sherlyn.

She tells him that she spoke to the lawyer, she will meet him and arrange the bail. He tells that if she leaves the house, then Rishabh and Preeta will doubt on her. She tells that she doesn’t care for anyone, she isn’t scared of Rishabh. Rishabh takes permission to meet Prithvi. Inspector tells that a woman has come to meet Prithvi. Sherlyn and Prithvi confess love for each other. They decide to take revenge on Luthras. Rishabh tells that he can’t stop now, he has to see Prithvi’s cell. He makes noise and shouts.

He asks Rishabh to pray that his enemy doesn’t get freed. He vows to ruin their lives and make him visit the hell. Shrishti likes the lovely decorations. Rakhi asks for Sameer. Shrishti tells that he is coming. Mahesh shops for the things as told by Kareena. Sonakshi also offers help to Rakhi. Bani asks Sonakshi how does she know these things. Sonakshi tells that she is really smart. Preeta asks everyone to close their eyes. She gives them a surprise by bringing Pihu. The family compliments Pihu. Rakhi tells that they shall also get ready. Kareena doesn’t like Pihu’s clothes for the Diwali eve.

Shrishti tells Preeta that she will go home, get ready and come. Rishabh comes home. He asks Girish about Sherlyn. Girish tells that he didn’t see her. Rishabh wants to stop the wrong. Sherlyn comes home with some gifts to fool Rishabh that she went for shopping. She is afraid to face him. She asks him to spend time with the family. Rishabh tells her that he will tell what happened. He asks her the reason for her fear. He tells her that Sameer has seen her going to the police station. He adds that he went to the police station and met Prithvi, who told him that Sherlyn came to meet.

He tells that he doesn’t want to doubt her and weaken their relationship. He asks her to tell him whom to believe. He makes it easy for her. He tells that he will not believe Sameer and Prithvi, but just her. He asks her if she went to meet Prithvi. Sherlyn lies that she didn’t go there. She asks him not to believe Prithvi, who did much wrong with the family. She tells that Prithvi and she have no relation between them. She stops him from thinking disgusting things about her. She tells that their relationship will get distance in it if he just doubts her.

Rishabh laughs hearing her. She tells that she doesn’t want their relationship to get spoiled because of Prithvi. She tells that she had gone to get her clothes stitched. She clarifies much to make him believe. She gives a proof of her visit to the boutique. Girish calls them for the puja. Sherlyn thinks she got saved. Rishabh thinks to cross check the receipt. Preeta finds Karan’s gifted dress. She thinks its against his choice. She takes the dress kept by Sonakshi. Sonakshi wears the gifted dress. She has replaced the dress. She tells her game behind the dress swap. Karan sees Sonakshi leaving. He thinks Preeta has worn the gifted dress. He goes after her.

Kritika gets dressed for the function. She recalls Prithvi and stops applying the sindoor. She hates Prithvi. Karan thinks Sonakshi is Preeta, and goes to hug her. He romances her. Sonakshi gets smiling. She wishes to turn into Mrs. Luthra. He feels her touch different and makes her away. He sees Sonakshi smiling and gets puzzled by her behavior. She goes to thank Preeta for the dress, and cunningly acts to receive compliments from Preeta on the dress. Karan misunderstands Preeta, that she gave the dress to Sonakshi.

Reviewed Rating for Kundali Bhagya 11th November 2021 Written Update Sona’s real plan: 3/5 This rating is solely based on the opinion of the writer. You may post your own take on the show in the comment section below.