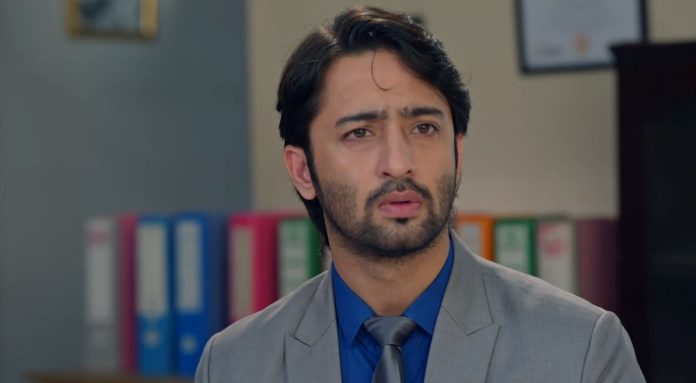 Kuch Rang Pyar Ke 11th November 2021 Upcoming Sanjana’s truth Dev tells the judge that every relationship has problems but he and Sonakshi worked together and solved them. Sonakshi says that they never claimed to be perfect parents and are still learning to be one. Sanjana says that Sonakshi left the house once and is very irresponsible. Dev says that Sonakshi took a stand for their son and left the house to make him and Ishwari realize their mistakes. Dev informs the judge that Sanjana and her lawyer are using their personal life issues against them. Dev says that he will tell the facts. The judge tells Dev to calm down and let the lawyers speak.

Sanjana’s lawyer says that Dev’s company was raided by ED for corruption charges. Sonakshi and Dev’s lawyer says that he has a witness who can prove that Sanjana is mentally unstable and dangerous for the kids. Sanjana is shocked to see her ex-boyfriend Parth being called as a witness. Sonakshi and Dev’s lawyer asks Parth to tell everything about Sanjana. Parth tells the judge that how Sanjana was over-possessive about him and created differences between his mother and him. Sanjana blames Parth for being possessive and shows his messages to the judge. The judge sees the messages and tells that Parth cannot be trusted in the case and sends him away.

The judge finishes the hearing due to not reaching any conclusion. He asks both the parties to solve the issue outside the court or he will give his verdict on Monday. Sanjana gives a last chance to Sonakshi to sign the divorce papers and bring them to the marriage bureau on Monday at 9 pm. She asks Sonakshi to become a witness to her and Dev’s marriage. Sanjana threatens Sonakshi to snatch Sohana from them if she doesn’t divorce Dev.

Sonakshi, Dev and Sohana are playing with cards. Dev breaks the house made by cards and Sohana tells him that he has to learn it. Dev asks Sonakshi why is she laughing. Sonakshi tells him that the great businessman looks cute while getting scolded by his daughter. Sohana makes the house again and Dev likes it. A huge wind blows and breaks Sohana’s house. Dev, Sonakshi and Sohana are shocked to see the Vermas and Sanjana at their house.

Sanjana gives the court orders to Dev and informs him that they have won the case and have come to take away Sohana. Sanjana takes Sohana forcefully with her. Sohana wakes up from the dream and shouts do not take me away. Sonakshi pacifies her. Dev comes and Sohana tells him about her bad dream. Dev and Sonakshi hug Sohana.

Neha comes and encourages them to solve their problems as they do always. Sonakshi says that they have convinced Sohana that nobody will take her away but it’s Saturday and the hearing is on Monday. She tells Dev that she is feeling scared because their lawyer is not confident that the case will be in their favor. Sonakshi asks Dev that what if they will lose their daughter. Dev assures Sonakshi that they will not lose Sohana. Sonakshi expresses that whenever the bell rings she feels anxious that the Vermas might have come to take Sohana.

Sonakshi says that Sohana is getting nightmares but she is seeing it daily with her open eyes. Sonakshi tells Dev that she doesn’t want to lose Sohana when the bell rings. A courier man comes and gives a parcel to Dev. Dev opens the parcel and sees his and Sanjana’s wedding card. He throws it away and goes angrily. Sonakshi sees the card. Dev reaches Sanjana’s house and tells her that it is not possible to divorce Sonakshi. Sanjana shows Dev all the wedding shopping she has done for him and her.

Dev tells Sanjana that she has gone mad and warns her to stop it. Sanjana doesn’t stop and shows Dev his white sherwani for their wedding. Sanjana tells Dev that she has done all the preparations alone and asks him if he liked it. Dev throws it away. Sanjana asks him to calm down as he doesn’t have any option. Dev prepares to leave and Sanjana asks him to come at 9 pm on Monday for their wedding.

Shubh and Aayush try to cheer up Sohana but she doesn’t even look at them. All of them irritate Sohana as she says that she will not complain about them to Dev and Sonakshi. Sohana laughs and hugs all of them. Dev’s lawyer tells him that he should have not gone alone to Sanjana’s house as she could have put allegations on him. Dev says that he did so because Sanjana crossed her limits. Sonakshi tells that it’s Saturday evening and on Monday they need some proof against Sanjana.

Their lawyer says that they have to somehow prove that Sanjana is not fit to take care of the kid and after that, they can separately talk to the grandparents about it. If they do so then there is hope. Sonakshi says that Sanjana’s friend, Reena can tell them something about her. Dev declares to look into minor details so that they catch some mistake done by Sanjana. Ishwari and Baldev go to Sanjana’s house. Ishwari asks Sanjana to end her drama as she considered her mother. Ishwari requests Sanjana to let her family live in peace as there are three kids who love each other immensely. Ishwari adds that if Sanjana will separate Sohana from her brothers then it will be very wrong. Ishwari promises Sanjana that she will let her meet Sohana whenever she wants and requests her to not do this.

Sanjana tells Ishwari that she loves their family and wants to live with them forever. Sanjana shows Ishwari her wedding outfit and promises to look after her more nicely than Sonakshi. Ishwari is shocked. Baldev says that Sanjana will not get convinced by sweet words and warns her to mend her ways. Sanjana tells Baldev that till now everything was fine and in the future also all will be good only.

Ishwari threatens Sanjana that she wants to destroy her family’s happiness by spreading darkness but she will not let it happen. Sanjana’s lawyer informs her that Dev’s father-in-law is in coma but may come out soon. Sanjana feels that after almost reaching her aim she cannot lose. She goes to the hospital and tries to suffocate Bijoy when Dev, Sonakshi and Saurabh come out of the hiding. Will Sanjana’s true face come out in front of the judge? Will Dev and Sonakshi’s efforts help them acquire Sohana’s custody? Keep reading.

Reviewed Rating for Kuch Rang Pyar Ke 11th November 2021 Upcoming Sanjana’s truth: 3/5 This rating is solely based on the opinion of the writer. You may post your own take on the show in the comment section below.