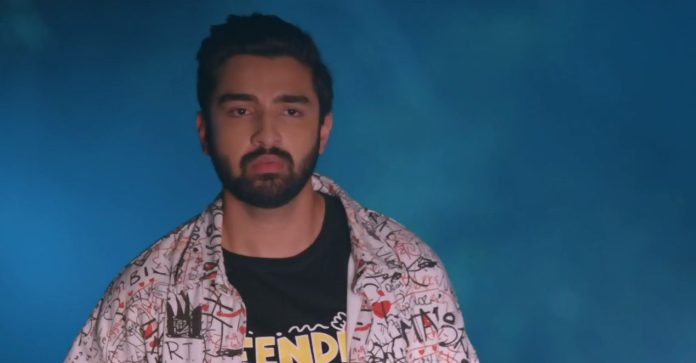 Bhagya Lakshmi 26th March 2022 Written Update Rishi in danger Guddu lies to Shalu to answer her curious questions. He tells her that Lakshmi was too worried for her. She knew that Lakshmi will worry for her. She asks him to give the phone, she has to call Lakshmi and inform her that Balwinder wants to kidnap her. He lies that he lost his phone. He asks her to relax, he will take her home. She thanks him. He has to tell Balwinder that Shalu is with him. Rano calls Balwinder to inform him that Rishi is going to give 50 lakhs for Shalu. She asks him not to make any mistake, Lakshmi will get the money to him. She tells that Shalu is sharp, she can run away. He asks her why is she saying this so late.

He tells that if she told this before, then he would have kidnapped Bani. She tells that they will kidnap Bani next time and ask for more 50 lakhs. She is excited to get money. He asks her to let him do his work. Pritam finds her laughing. She cries to pretend that she is worried for Shalu. She tells that she is really tensed. He asks her to not worry, Shalu will come back. He feels bad that he always misunderstood her. She prays for Shalu’s return. Shalu asks Guddu when will they reach home. He tells that they will reach in some time. He complains of his car. He deliberately stops the car.

He asks her to sit in the car, until he checks the battery and starts the car again. He calls Balwinder. Balwinder tells that he is going to meet Lakshmi. Guddu tells that Shalu is with him. Shalu sees someone with a phone. She gets down the car. Guddu tells that he will fool Shalu. Balwinder asks him to get Shalu to the same place where Lakshmi is coming. Guddu agrees. Balwinder tells Bablu that they got Shalu back. Virender comes to Pritam’s house to meet Lakshmi. He tells that he had checked the phone and saw Lakshmi’s missed calls, he worriedly came to meet her. Pritam asks him if he doesn’t know anything. Virender worries for Lakshmi. Pritam informs him about Shalu’s kidnapping.

Rishi meets the auto driver and tells that he has come to get Lakshmi’s phone. He tells that he is Lakshmi’s husband. The man asks him to keep Lakshmi happy, she was crying a lot. Rishi gives him money as a token of gratitude. He knows that even Lakshmi will scold him when they meet. Lakshmi drives the auto rickshaw to speed up and reach on time. The driver asks her to drive slow. She tells that its about her sister’s life. Inspector Rakesh comes home. Pritam tells about Shalu’s kidnapping and the ransom amount of 50 lakhs. Inspector Rakesh tells that it’s a big amount. He asks the information of the family members and relatives. He tells that he will solve the case. Shalu asks Guddu why are they not reaching home.

Guddu catches her. Ayush asks him to leave the girl. Guddu asks him to go away. Balwinder and Bablu come there and find Ayush and Guddu fighting. Balwinder gets the chloroform napkin to faint down Ayush. Balwinder and his goons kidnap Shalu and Ayush. Balwinder threatens Ayush. Ayush taunts Shalu on her foolishness to believe Guddu and reach back to the kidnappers. Balwinder tells Ayush that Shalu is very cunning, she had escaped from his clutches. Shalu tells that she is brave that she fled. Ayush can’t believe that Balwinder is praising her. He calls himself more brave. He tells her that Lakshmi had come home to ask the family for help, he learnt about Shalu’s kidnapping and had to escape from the window to search for her. Rishi falls in danger when he faces the kidnappers. Balwinder points the gun to shoot Rishi.

Reviewed Rating for Bhagya Lakshmi 26th March 2022 Written Update Rishi in danger: 4/5 This rating is solely based on the opinion of the writer. You may post your own take on the show in the comment section below.