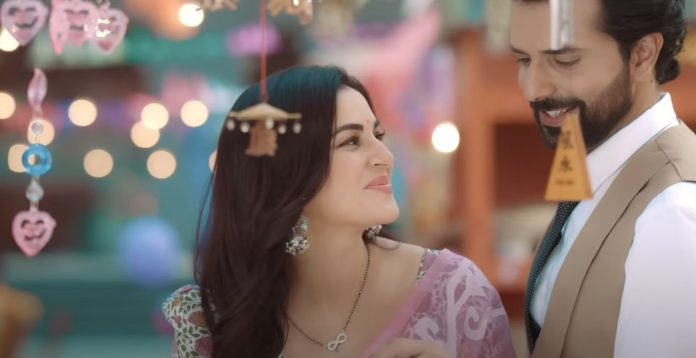 Kundali Bhagya 14th June 2022 Written Update Wedding nod Karan is seen as Arjun after a plastic surgery. Kundali Bhagya’s Karan is back with a new face and new identity of Arjun. Karan has the same aggressive behavior. The story goes ahead with the five year leap. Preeta has a five year old daughter. Rishabh and Preeta bond well, and become a happy family with their daughter. Karan brings a storm in their lives. He has returned to seek revenge on them, being mistaken about their affair. He suspects that they both tried to kill him and get rid of him just to unite. Karan tells that he will not spare Preeta, who is responsible for his sorrow. He has the past visuals on his mind. He is disheartened by Preeta’s disloyalty. Arjun will give a tough competition to Rishabh in the hotel industry. How will things turn out? How excited are you to see Karan as Arjun? Keep reading.

Earlier in the show, Rakhi pleads to get Preeta’s consent for the marriage. Preeta asks Rakhi not to plead with her. She justifies that nobody can take Karan’s place in her life. Biji tells that Rishabh and Preeta’s relation will bring happiness in the family. Preeta asks them not to force her. Rakhi tells that both her sons love her, and she also loves them, they can live without Mahesh, but not without their mother, they don’t tell her the problems, they need a father when they are in trouble, children get strength and courage from their father. She asks Preeta to think of the child, who would ask for a father’s love. She asks if the child doesn’t deserve a father’s love if Karan isn’t alive. Preeta gets emotionally blackmailed by Rakhi. Rakhi tells that Rishabh can become the best father for Karan and Preeta’s child. She asks Preeta to just say yes. Preeta gives up and agrees. Rakhi thanks Matarani.

Kareena emotionally asks Rishabh to answer her, what’s the baby’s fault in this situation, the baby would want a dad’s love, doesn’t the baby get his dad’s love. Rishabh answers her that he will give the baby much love, the entire family will love the baby and fill up Karan’s space. Mahesh asks Rishabh to remember his Tau ji, who loved him a lot. He asks if Rishabh loved his Tau ji more than him, a father is a father, nobody can take a father’s place. He regards Preeta his daughter. he tells that he may not be with Preeta all her life, he wants to see her secured before he dies, he knows that Rishabh is the best person to give a secure life to Preeta. He asks Rishabh to take this responsibility and relieve him.

He promises to keep the marriage simple. He asks Rishabh to take Karan’s responsibility and marry Preeta for the baby’s sake. Biji asks Preeta to think about her baby who needs a father. She asks Preeta to say yes for the baby’s goo future. Kareena and Bani ask Rishabh to say yes. Rakhi asks Preeta to fulfil a bahu and mother’s duty, which Karan left midway. The entire family pressurize Rishabh and Preeta by reminding their duties. Rishabh agrees to them. The family hugs him. Rakhi and Biji ask Preeta to keep up Karan’s responsibility towards the baby. Preeta nods to them.

She recalls Karan’s last words and misses him a lot. She wants Karan to always be with her. Shrishti and Sameer feel sad for Preeta and Rishabh. Shrishti feels wrong has happened with Preeta once again, Preeta and Karan loved each other a lot and still got separated. Karan’s memories keep flashing on Preeta’s mind. Shrishti asks Preeta not to shed tears for Karan, he won’t like to see her sunken in sorrow. She reminds Karan’s words, that he can’t see her crying.

Preeta asks Shrishti to let her cry, Karan has left her alone. She talks to Karan’s picture. She asks why did he go leaving her alone, when he promised to always be with her. Shrishti consoles Preeta. Preeta asks Karan to never get upset and keep smiling, she will not cry if it hurts him. On the other side, Sherlyn is seen bargaining for vegetables like a middle-class woman. She tells the seller that she never bought the vegetables, she was a rich bahu before, she got divorced. The man asks her not to tell her story to others and make fun of herself. Sherlyn finds Girish. She thinks to make Girish tell the ladies that she was a Luthra bahu before. She hears Girish telling his mom on call about Rishabh and Preeta’s marriage.

Preeta hugs Karan’s tshirt and recalls him. Rakhi cries seeing Preeta sorrowful. She brings a saree for Preeta. Its difficult for Rakhi as well to pull Preeta out of sorrow. She tells Preeta that the time will heal all the wounds. Preeta tells that this wound will never heal, it will be painful forever, but she will try to lock the pain. She promises to not sink in pain for the sake of her baby, Karan and the family. Rakhi hugs Preeta. They cry together. Rakhi tells her about the marriage rituals held at night. She asks Preeta to get ready. She tells that they didn’t invite any outsiders. She thanks Preeta for agreeing to them and saving the family respect.

Meanwhile, Sherlyn tries to wake up Prithvi. She splashes water on his face. He wakes up and yells at her. She asks him why did he go to Luthra house and ruin their lives. She tells that she asked him not to go, but he had gone to tell the family that Preeta is carrying his child, the family found a solution, they are getting Rishabh and Preeta married now. He doesn’t believe it. He tells that Rishabh can never marry Karan’s widow. She rebukes him and asks him to believe her, she has a proof, she had seen Girish in the market and heard him telling about Rishabh and Preeta’s marriage happening tonight.

Reviewed Rating for Kundali Bhagya 14th June 2022 Written Update Wedding nod: 5/5 This rating is solely based on the opinion of the writer. You may post your own take on the show in the comment section below.