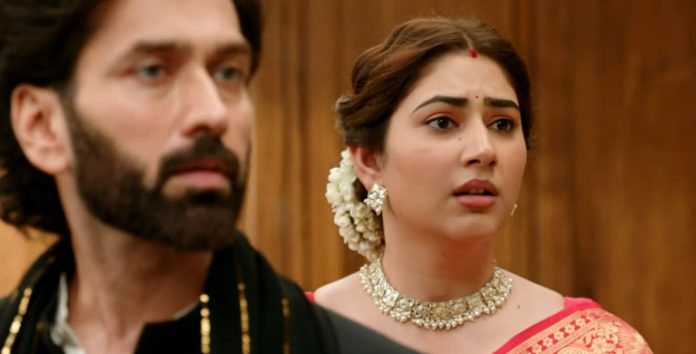 Bade Acche 24th August 2022 Update Ram’s plea Pihu gives the interview in Ram’s favor and helps him bag the deal. Nandini and Shubham get glad that they finally got the deal. Vedika tells Nandini that once the deal gets signed, they have to show the proof to the police. She adds that the police will come home and tell them that Priya had been jailed for Shivina’s death, Pihu will hear this and it will be a huge shocker for her. She tells that Pihu and Priya’s lives will get a storm with this truth coming out. Ram grows emotional while handling Maitri in her labor and hearing Priya’s struggles at Pihu’s birth. He tells her that he never asked Priya for anything till now, but today he wants to ask for a family with her. He tells that its his dream to live with Priya and Pihu like one happy family. Priya also grows emotional.

Rishita refuses for the Naamkaran by stating that Dhara included Chiku’s Naamkaran without discussing it with the family. Suman takes a stand for Dhara and Chiku, stating that she accepts Chiku as part of her family until Dhara is taking care of him. Gautam and Suman declare that Chiku is also their family member. Dev asks them to keep Chiku’s Naamkaran as well. Dhara is puzzled. She doesn’t want Rishita to get upset.

She clears Rishita’s misunderstanding that she didn’t propose Chiku’s naming ceremony on this day. Rishita gets upset and feels the entire family does biasing with Dev and her. Raavi tells that Suman never does any partiality. Rishita sees Suman’s gift for both the babies, and calls it a big partiality that Suman always treated Gautam and Dev unequal. She tells that Suman always favored Gautam over Dev and now Chiku will get more importance than her daughter. Rishita creates a rift in the family because of her wrong perception.