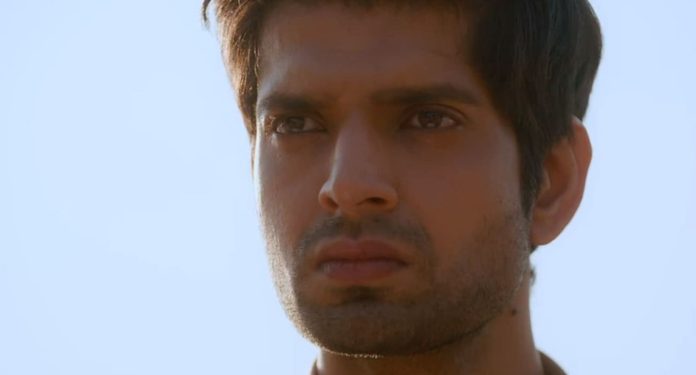 Udaariyaan 17th December 2022 Written Update Advait Ekam clash Advait gets angry when he sees Ekam’s picture in Nehmat’s bag. He asks her if this is the loyalty she was talking about. He jokes that she isn’t loyal to anyone. He claims to have seen her go to meet Ekam before their marriage, but she may have failed to persuade Ekam to accept the marriage. Nehmat explains that she didn’t keep the picture in the bag, but he doesn’t believe her. He claims she failed to find love, but even when she did, she was a real politician who knew what she would gain from a relationship with a wealthy man. He levelled allegations against her. Naaz and Nikhil have a hearty talk.

She tells that she can’t imagine her life without him, and the bride swapping incident was a terrible one. Nikhil replies that he would have eloped with her if Shamsher didn’t allow them to marry. He adds that only her love is important for her, he doesn’t need anything from his parents. Naaz shows her love to him, but gets keen on enjoying his wealth by staying in the Kapoor house. Advait tells that Nehmat can’t bring Ekam between them. He is ready to tolerate Nehmat, but not Ekam. He warns her and asks her to know the meaning of loyalty and make him believe it if she can.

Nehmat isn’t able to convince him about her good intentions. He goes on to say that their marriage is named after them just to show the world; they will not have any relations inside their room and will only smile when they step out. Advait criticizes her. He expects her to portray them as a perfect couple in front of the media. Ekam is still effected by Nehmat’s deceive. He keeps recalling Nehmat. He gets to eat the sweets sent from Kapoor mansion. He spits it knowing its for Nehmat and Advait’s marriage. Ekam vents his anger on a person in the lockup, while interrogating him for a drug case.

Ekam’s behavior gets so aggressive that the staff goes into disbelief. Ekam wants to know why did Nehmat lie to him when she could have kept things clear between them. Later, Nehmat faces a troubling time because of Rama and Neeru’s taunts. Rama asks Nehmat to visit the Kuldevi temple with Advait. Naaz and Nikhil don’t get much media coverage, which makes Naaz upset. Shamsher asks Naaz to make Nikhil work hard like Advait does. Naaz didn’t know Nikhil’s weak position in the house. Ekam hurts himself further when he sees Nehmat’s picture in the newspaper. Later, Advait and Nehmat leave for visiting the temple. They come across Ekam on the way. On the driving track, Advait and Ekam collide. Nehmat sheds tears upon seeing Ekam.

Reviewed Rating for Udaariyaan 17th December 2022 Written Update Advait Ekam clash: 4/5 This rating is solely based on the opinion of the writer. You may post your own take on the show in the comment section.