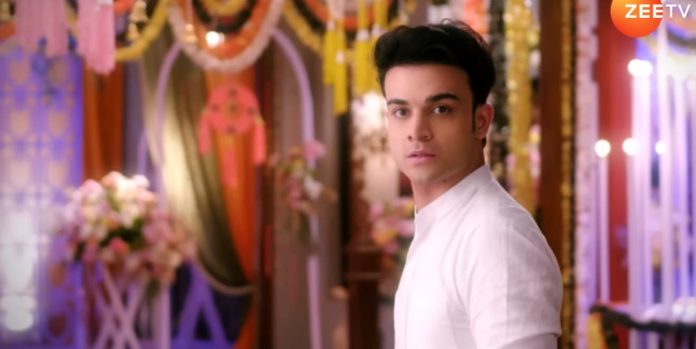 Kumkum Bhagya 25th January 2023 Written Update Ranbir rages An auction is lost by Ranbir and Aryan. He is curious as to why Sandeep continually steals their deals. He is unaware of Sandeep. Sandeep gives his boss a call to congratulate her on the contract win. Ranbir claims that he always runs across Sandeep, who is likely doing this for personal reasons. He turns around and overhears Sandeep on the phone with Aaliya. Sandeep is revealed to work for Aaliya by Ranbir and Aryan. Ranbir’s wounds resurface. Sandeep’s phone is taken from him by Ranbir, who then yells at Aaliya. He claims that he now fully comprehends the game. Ranbir and Sandeep have a disagreement. Ranbir gets angrier. He’s threatened by Sandeep.

He claims that Aaliya will completely ruin him. Ranbir promises Aaliya that he won’t spare her even if she approaches him. Sandeep claims that Aaliya will completely ruin him. Ranbir advises him to exact retaliation against Aaliya. She doesn’t frighten him.  To persuade the elderly woman to sell the house to the builder, Prachi meets with her. The elderly woman won’t sell the house for any amount. She requests permission to remain in the home where her family’s memories are kept. She is requested to listen to Prachi just once. The woman shouldn’t leave the house, according to her. She claims that the woman’s house is loaded with family memorabilia. Prachi gives a long lecture on family, love and emotions. While speaking about relations, she recalls her Kohli family.

Ranbir tells Aryan that he isn’t able to do anything but it’s a promise, he will fix everything. He wishes that Panchi was with him. He misses her. Khushi hands over a rose to Ranbir and wonders if he smiled or not. Prachi leaves her job. She tells that she is compelled to go to Delhi office, but she won’t go there. Priya asks her what’s the problem if she has to leave for Delhi. Prachi recalls Ranbir. Ranbir and Prachi will be coming face to face soon. Will they get together to find their daughter? Keep reading.

Prachi impresses the lady with an emotional talk. She seems understanding and concerned for the lady’s memories. Prachi tells her that the house will stay the same even if she gives the house land to the builder. She promises to place the house on the top floor of the building. She tells that if the lady considers this request, then 200 families will get homes and also get good facilities for their children. She tells that the lady will get blessing from 200 families. She asks the lady to see her dream come true. The lady agrees to sign the papers. Prachi hugs her and thanks her. The lady signs the papers.

Pallavi and Dida pray that Ranbir gets the big project. They worry that he didn’t get any project since years. Ranbir finds his family praying for him. Aryan and Ranbir’s presence gets realized by them. Ranbir pretends happy and gives them the good news that he has bagged the project. Aryan wonders why is Ranbir lying. Ranbir tells that his boss agreed, everyone is very happy in the office. They happily hug Ranbir. Ranbir tells that very soon they will get the project, now they know Aaliya is behind their defeat, she is stealing their projects.

Aryan hugs him and thanks him for never losing. Ranbir promises to restore their happiness. Pallavi gets the halwa and tells that she knew he will get the good news, so she had already prepared it. Ranbir misses Panchi. Prachi gets applauded by the builder. The chairman tells that Prachi is a miracle girl, she can touch anything and turn into gold. He is very happy. He tells that she will get a promotion today, she will be heading the Delhi branch. Prachi reminisces her moments with Ranbir. She tells that she won’t go to Delhi, she doesn’t want the promotion. He asks her why is she refusing to him.

He angrily fires her from the job for refusing to the offer and insulting him. She tells that she will not rethink about it. He terminates her. He tells that Prachi has to leave the house if she can’t accept his offer. Prachi loses temper that she got fired. Priya asks her to not leave the house. Prachi refuses to go to Delhi. Priya asks the reason. Prachi doesn’t want to go to Delhi because Ranbir stays there. She sheds tears and leaves the office. Ranbir feels his family is with him, they love him and even then he feels incomplete. Khushi sees him at the signal.

She finds him sad and drops a flower. She runs away. Ranbir fails to see her. She leaves a note for him and asks him to smile. Ranbir gets a smile on his face. She wonders if he smiled or not. Prachi comes home and informs Dadi that she got fired. Dadi asks if Ashok has fired him, when he always praises her work. Sahana tells that Priya called and informed her the same. Prachi tells that Ashok gave her promotion, he was sending her to Delhi, she refused to the offer, he got angry and fired her. Dadi knows that Prachi doesn’t want to go because of Ranbir. Sahana feels Prachi should go.

Prachi tells that she won’t go where Ranbir lives, because Ranbir snatches everything from her. She reminds that she used to stay happy with Pragya, but then she met Ranbir, when Panchi came in her life, she lost him because of Ranbir, he has snatched everything from her. She feels she has got much sorrow and bad memories, Ranbir has hurt her, she won’t go back to him. Sahana tells that nobody asked her to go to Ranbir. Prachi locks herself in the room and cries. Khushi’s mother doesn’t cook the food for her and sends her to the dhaba to eat the leftover food. Ranbir imagines Prachi in his life. He still misses her. Prachi also misses Ranbir and Panchi.

Reviewed Rating for Kumkum Bhagya 25th January 2023 Written Update Ranbir rages: 2/5 This rating is solely based on the opinion of the writer. You may post your own take on the show in the comment section.