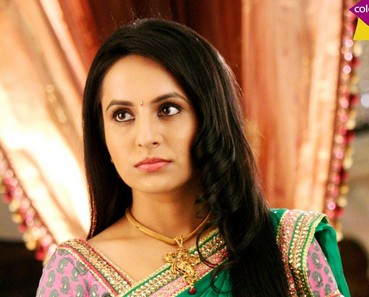 Balika Vadhu have once again pointing at the social issue. It is physical exploitation or per se rape of the girl Saachi by her boyfriend Saurabh. Saurabh take advantage of the girl after spiking her drink with a strong sedative. He captures the moment of lust in his mobile phone. Anandi reaches the place with Shiv and takes her to the hospital. Doctor confirms rape. Saurabh threatens Saachi to keep her mouth shut else he will leak the video of their intimacy to the public. Saachi gets scared. Anandi and her family support Saachi in the testing time.

Shiv files the case against Saurabh. Police arrests Saurabh on the charges of rape. Court case begins. Saurabh’s brother Vivek, an influential lawyer fights the case on Saurabh’s behalf. While another lawyer Sumeet Maheshwari represents Saachi’s case in the court. Vivek Kabra tries to malign Saachi’s reputation. He requests the judge to dismissed the case as Saachi has the habit of accusing the innocent men, first Dr. Jagya and then Saurabh.

After the court adjourned for the day, Saurabh’s mom taunts Saachi for framing her son whom she believes can’t do such a shameful crime. She confronts her and asks for her motive behind accusing him. She talks to her very badly. Saachi is shocked and doesn’t know what to say in defence. Anandi comes to her rescue and tells the ignorant lady about her son being the real accused of Saachi. She warns her not to speak badly with Saachi and the truth will be out soon. She says, let the court decide about the culprit. Saurabh is confident of his victory as he has bribed the lab technician for switching his DNA report. Will Anandi be able to prove Saurabh guilty? Stay tuned or read it here.