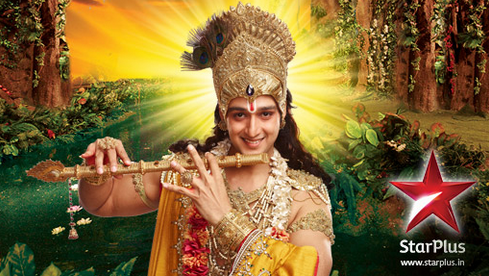 Yudhistir is crowned the king of Hastinapur. Dhritrashtra asks him to ask for any part of his land and he would grant him as his kingdom. Yudhistir names Khandavprashta and says we will make a new city there. He says everyone is welcome to come with us and develop it.

Bhishm is shocked and asks Yudhistir to know the truth of the barren land. Yudhistir tells him that he is well aware of the Indra’s curse on that land but he will try his best to cultivate that land and populate it making it a wonderful city.

Yudhistir sounds confident in the Rajya Sabha. Dhritrashtra gives him 1 lakh gold coins and 1 lakh cows for beginning his dream. Bhishm tells Yudhistir that they won’t be able to build a new city as there are poisonous serpents in the jungle. He tells him about its leader Takshak. Yudhistir says he can win over them by Bhishm’s blessings. Dhritrashtra asks Kunti stay back at Hastinapur. Kunti asks Draupadi to take the responsibility of her sons. It has to be seen how the Pandavas face the Takshak. Reportedly, it will be Arjun who will cut off Takshak’s multiple heads. Time for some high action scenes. It will be entertaining to watch. Keep reading.