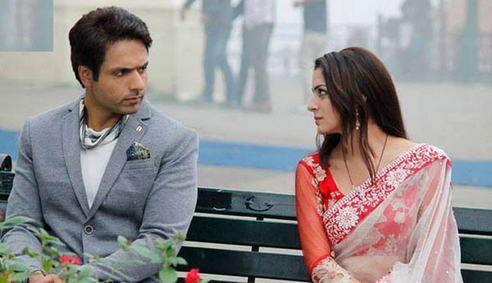 Tumhari Pakhi, the show whose USP is the simplicity and the mounting love of Pakhi and Anshuman, is going to air for 45 minutes from 3rd March. They are named Maha Episodes and will run till Life OK gets a new show at 9pm show. Tumhari Pakhi will block the time from 9.15 PM to 10 PM IST.

The channel was airing old episodes of The Adventures of Hatim after the much loved show Dil Do Ek Jaan ended abruptly. In the upcoming episodes, Tanya will try hard to win the challenge given by Pakhi. She will use all her manipulative powers and also try to win over Ayaan by making him against Pakhi. Ayaan will believe in Pakhi’s love and will stick to the values Pakhi has given him. It has to be seen who wins the challenge. Will Tanya prove that she is a better mum and wife than Pakhi? Keep reading.