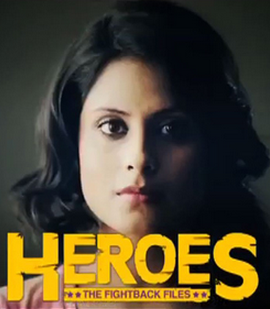 Meghna, a 21-year-old graduate shares her story. She was passionate about fashion designing and loved travelling. She was going to Bangalore alone. She felt it was adventurous for her. She was nervous as she was alone, but was happy. She boarded the train and some guys came for the same train. Those three guys looked at her in a weird way. She was talking to her dad and those guys took away her trolley bag. A man says this is not her berth. She goes to another berth. The TT comes and she is asked to show her ID. She does not get it. The guys try to talk to her and teases her.

They lock her in the bathroom. She calls for help. The guys open the door and try to misbehave. Arvind, one among them sees her upset and argues with them. She feels Arvind is decent guy and not like them. The guys argue with Meghna and trouble her. Arvind helps her and says Bobby and Monty are mad. He says they are not that bad and makes them say sorry to Meghna. Meghna felt comfortable with Arvind. They have a talk. He gives her medicines for her allergy. She thinks it was his good gesture. Bobby gets drunk and comes to Meghna. Arvind stops him. Arvind while talking to her casually touches her which she feels odd.

He says maybe I can fill your loneliness, we both like each other, if we spend one night together, whats the problem. He says everyone are going to sleep now. She asks him to leave. Arvind says I will be back soon. She felt disturbed seeing Arvind’s reality. It was one more day and night travel. Arvind gets drunk and comes to Meghna. He scares her telling about the tunnels that come on the way. He says I gave you so much respect and you kicked me out. You flirted with me and then insulted me infront of my friends. The night passes safely. Meghna wakes up in the morning. Meghna gets Arvind’s hanky on her chest and is scared thinking who has touched her when she was sleeping.

Its night again, while she is washing her face, the tunnel starts. A guy comes to her and molests her in darkness. She cries and they laugh on her. She felt she should do something and goes to TT to complain about them. She tells him about those three guys. She asks for help as the guys are harassing her. The TT asks who touched you. She names Arvind. They lie to the TT. Bobby tells the TT that Monty is the son of Railway Minister. The TT does not help Meghna and says I will shift you to another compartment.

Arvind taunts Meghna and laughs on her. He scares of her train accidents. He asks her to think what he said. She had no way to run or inform her parents. She talks to a lady about those guys touching her and harassing her. The lady says she is not interested in talking to her. Meghna asks for help. The lady says it is your mistake, you started talking to them, look at your short clothes. No one helps her in the train. Meghna checks every compartment for help and meets some male transgenders. She asks for help to them.

They agree to help her and surround the three guys. They touch them and make them apologize. Arvind, Bobby and Monty apologizes to Meghna. The guys cry being ashamed. Meghna got her confidence back. That incident taught her a lot, to do her fightback. She says people should not judge anyone by their clothes. Don’t bear harassment and fight for the right.