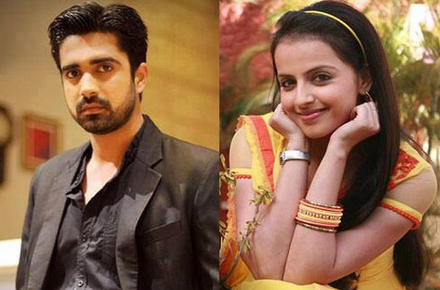 Astha made Aditi’s disease of sleepwalking come out. Anjali and Shlok are shocked. They try to make Aditi feel normal and make sure that they take good care of her. Astha is friendly towards her. Aditi tries to remind Shlok of Swati always, but this time its Astha who does the same and makes Shlok think of Swati and react to the situation.

Someone, probably Aditi puts kerosene oil on Astha’s saree and Astha goes near the fire unknowingly during the Holi celebrations. Shlok saves her in the nick of the time. Astha reads Shlok’s diary and comes to know more about Swati. Shlok sees her reading the diary and asks her to burn it. Astha unwillingly has to burn it infront of him with a heavy heart. Shlok now feels Astha won’t do anything to dig his past but Astha takes a step ahead and reminds him of Swati. Shlok is shocked to see her. Will she be able to know more about Shlok’s past? Shlok is slowly falling in love with her as his worries are Astha is increasing. Will he realize his love for her? Though Astha has seen the love in his eyes, we will have to see it yet!! The Holi episodes will bring Astha and Shlok close as they apply Holi to each other. But it will bring some great twists as Astha and Shlok will be troubled by Aditi. Keep watching!!