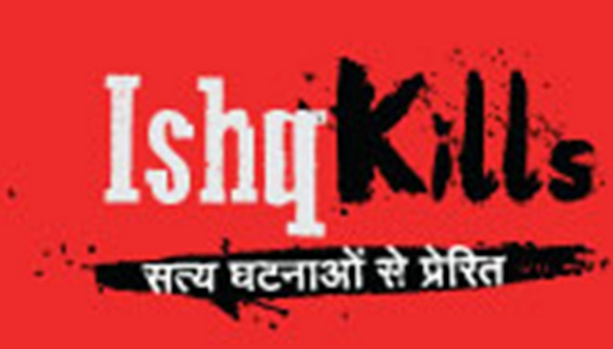 The story starts with a voiceover where a couple is seen fighting for the gun. The story is about Sonia who comes to the house of her mother Kavita with whom she separated many years ago and remembers her past with her. At first in home, she encounters Randhir (her step-father) and tells him she came to stay with his wife Kavita. Sonia meets her mother Kavita, and Kavita tells her how she was neglected for so long by her ex-husband Ashok and now she is settled happily with Randhir. Sonia replies to her to not worry much and tells Kavita to deal with her for some time until she leaves.

Sonia looks at the photo album about her step-brother and starts drinking excessively while standing on the railing of the terrace. Randhir notices her and tries to calm her down so that she steps down from railing and be safe. Randhir suggests to listen and help her to which Sonia reminds him about how she used to listen to everything her father said. But, when her father divorced her mother kavita and re-married, she couldn’t get over it and also lost space, time and love from her new family and father. Randhir consoles that she is not alone, and he understands her pain and help her to lessen the pain, and even share the pain, but he could only do that if she trusts him. Both gazes each other with Randhir holding Sonia in her hands. After that, Randhir finds snatch marks near her shoulder to which she responds that her step-brother Neil has tried to harassed her physically. Once he hears that, he goes to Neil’s place and warns him to not touch her again. Randhir recounts the scene with Neil and takes anger management medicines to become calm. For helping out with Neil, Sonia hugs Randhir and that is the start of their love bond. A song is played showing Sonia’s and Randhir’s love affair Abhi..Abhi..to pasand aaye ho.. abhi abhi roothne ki baat mat karo. In the song, it is evident that their love affair is getting stronger.

Sooner then, Kavita tells Sonia that she is happy to see Randhir and her close, and the idea to start a new family together. Kavita then speaks that Randhir should love her as his daughter, at this time Sonia is shocked to hear it and recounts the time she spent with Randhir while also remembering her mother’s words. Next morning, Sonia’s father Ashok comes home to take her back home but she declines vehemently. Randhir gives support to Kavita telling her that she will not loose Sonia. Thereafter, Randhir goes to Ashok and warns him to be away from Sonia but he does not listen. In a fit of rage and as a preplanned motive, Randhir strangulates and kills Ashok with a plastic bag, and also takes mobile and wallet from the dead body as a strategy to disguise murder with theft motive. After the crime, Randhir comes home and again supports Kavita and tells her to not worry about her inhibitions about Sonia going back. Next morning, a police officer visits their home and tells about Ashok’s murder to the family and gives theft as the crime motive as Ashok’s mobile and wallet is missing. Randhir consoles Sonia and also agrees to her promise that they will never separate.

The story moves on, and sometime sooner, the police office informs Kavita that the murder was intentional as wallet and mobile is recovered with all the money and credit cards. Also, the police gives additional information about the time of murder from the post-mortem report – between 10:30 and 11:00 pm, and when Kavita listens about it, she recounts her last evening talk with Randhir around the same time. She now knows that Randhir executed the crime, and goes back home fast and finds anger management stimulants in Randhir’s bag. Kavita set-ups an appointment with Randhir’s ex-wife Gauri to know more about Randhir’s past and the reason for their separation. Gauri tells her that its too late to ask but anyway she responds. Gauri says that career was not the reason of their separation, and she was a normal housewife. They separated because of Randhir’s extreme love, anger and possessiveness with her after marriage, and it was seen in Randhir’s erratic and dislike behavior towards her family and friends. After hearing this, Kavita understands that Randhir is excessively possessive about Sonia and also killed Ashok in this context. Kavita goes home and checks Randhir’s camera and finds intimate photos of Sonia captured by him.

Thereafter, Kavita informs Sonia that she now knows about her relationship with Randhir and tell her to leave the house. Randhir comes in and also tells Sonia the same. After that, Kavita also tells Randhir to leave home to which he replies that whoever he makes his own, he can do anything and starts looking for the gun. Kavita comes from behind, and holds a gun against Randhir. Both fight for the gun, and a shot is heard hitting Kavita, Sonia becomes witness to the crime. Then, Randhir confronts Sonia and tells her that he did this for their love and they can be together. Finally, seriously injured kavita shoots Randhir from behind and Randhir is hit and bleeds. Sonia apologizes to her dying mother and cries heavily..