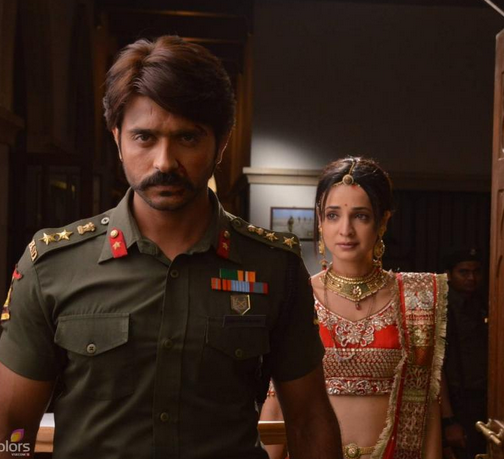 Rudra ill treats Paro as he can’t accept her love on any condition. He acts rude to her and distances himself from her. Paro gets a doll in his cupboard which reminds her that it is hers and she comes to know that she and Rudra has been childhood lovers. Her love now climbs a step up and she is more confident about Rudra. She approaches Rudra with the doll reminding him of their childhood love and how they are closed and connected.

Rudra does not believe her story and shoos her away. They have an argument as we all know how adamant is Paro. Sumer becomes a witness of that verbal fight and click some photos of them. He gives the pics in the newspaper to get them published. The next day, everyone are shocked to see the couple in flash news. Rudra is called by the Major of BSF and he is suspended for being accused of inhuman behavior. Rudra is asked to return his BSF medals and he will be getting it back when is free of all accusations. Will Rudra prove his righteousness to the BSF? Rudra wants Parro to marry Sumer. Paro does not agree for what. What is in the fate of their love? Keep watching Rangrasiya!!