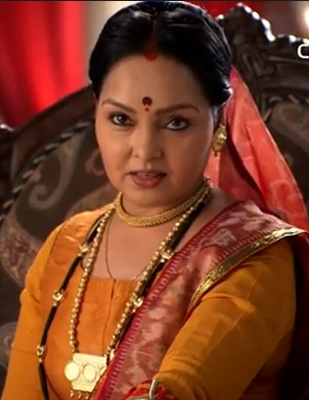 Love was blooming between Rudra and Paro. The show had some romantic moments between them with Rudra kissing Paro. But here is the twist in the tale….. Mohini planned to kill Paro and made some laddoos with added poison instead sugar. She wanted to make Paro eat it, but it gets consumed by Rudra. Rudra faints eating it and Paro gets tensed. She rushes him to the hospital and comes to know from the doctor that he was poisoned. Paro is shocked and understands that someone in their family is unhappy with their happiness and togetherness and did this shameless act. Paro decides to find out the culprit who has risked Rudra’s life.

Paro prays for Rudra and pleads to the Lord. As shown in every serial, when the life partner prays, the Lord can’t say no and accepts the prayers. Rudra has sudden improvements, all thanks to Paro going to the temple for him. Paro comes home and suspects Mohini. Later on, she comes to know that Mohini added poison to kill her. Paro decides to bring out Mohini’s truth infront of everyone. Will Paro be able to save herself and Rudra from upcoming problems? Keep reading.