Jhalak is back with season 7 and this time it will be better than before. Jhalak Dikhhla Jaa 7 is going to start from June 7 and will be telecast every Sat/Sun @ 9 PM.

Kritika Kamra – Indian television actress.
She was popular because of her roles of Dr. Nidhi Verma/Mathur in Sony TV’s Kuch Toh Log Kahenge

Kiku Sharda – Indian comedian, film and television actor.
Current works: Role of Palak and Laccha on Comedy Nights With Kapil; role of Constable Mulayam Singh Gulgule in Sab TV’s F.I.R TV series; and the role of Akbar in an Indian Historical comedy series – Akbar Birbal on Big Magic channel.
Kiku was also a participant on Nach Baliye 6 in 2013 with his wife – Priyanka Sharda

Purab Kohli – Indian model, VJ and television and film actor.
Recently seen in two Bollywood movies – role of Shekhar in Shaadi Ke Side Effects and the main lead role of Bakka in the movie Jal, both of them released in 2014.

Andy – VJ and participant of Big Boss Season 7 on Colors

Akshat Singh – 7 year old Kid who Participated in India’s Got Talent Season 5.
Current works: role of Dhamaka in Comedy Nights With Kapil and usually supports Laccha or Palak (Kiku Sharda) in the comedy. 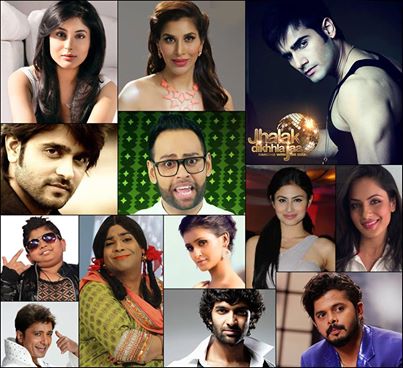