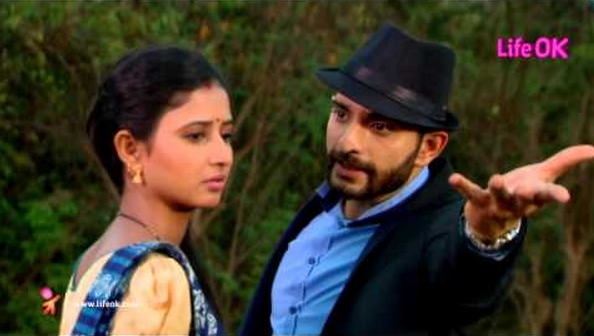 Sagar had a bitter past. He fell in love with his talent find Arohi and married her. Soon he witnessed her affair with his best friend turned rival Kabir. Sagar was shocked when he came to know that Arohi was bearing Kabir’s child. Arohi got mysteriously killed and the entire world blamed Sagar for it. Though he is innocent, he could not prove it and lacked behind in darkness for three long years. Now, he is trying to evolve as a talent hunter again and chooses a girl Ratri. He saw Ratri dancing at a pub and felt she really has talent in her veins.

He started training Ratri and threw a party to introduce her. He soon got the sponsors for his talent launch by Barkha’s help. Ratri did not focus much on Sagar’s honest principles and turned him down by her indiscipline. Sagar gave her many warnings to practice well. Ratri did not care and kept being engaged on her phone. Sagar gave her an ultimatum, and Ratri in turn left him calling him nothing without her. Sagar felt lost seeing Ratri ruin all his hardwork and just then Kabir enters his house to tell him that Ratri now works for him and he will be launching her making her a superstar. Though Sagar found her, but now Kabir has his hands on her.

Sagar and Kabir have an argument where Sagar says he can just pick anyone and make her a superstar. He talks high of his capabilities. Kabir sees Lajjo going home and stops her. He laughs on her simple looks and village accent. He challenges Sagar to make Lajjo a superstar. Lajjo tells them that she is not at all interested in becoming a star, she is happy teaching Mili. Sagar accepts Kabir’s challenge and sways Lajjo to agree, as her dream of proving herself to Barkha will be accomplished. What will be Nikhil and Barkha’s reaction knowing this? Keep reading.