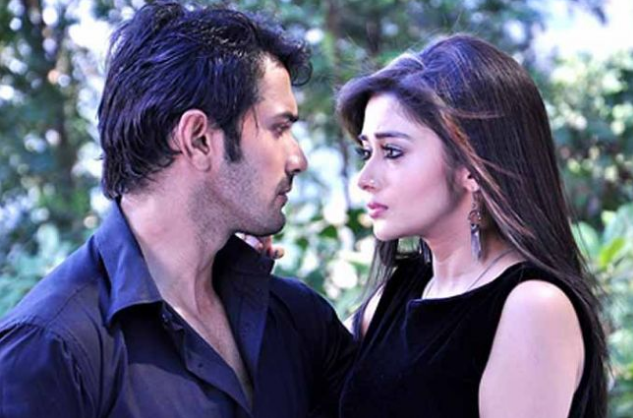 Akash was sure that destiny won’t play any games with him this time. He believed that nothing can stop their baby to come in this world. Akash’s dreams were shattered when he came to about Meethi’s miscarriage. He got depressed and slowly got a thought to regard Meethi responsible for it, as his heart was totally fractured. (Not broken, as he is still planning romantic nights with Meethi!!) The couple stopped talking to each other as they were unable to accept the loss of their baby and understood each other’s pain. They had nothing to share now except the face that Meethi is hiding that she can never become a mum again. She wants to tell this truth to Akash but is unable to, seeing his hopes, his trust in Lord, his desire to become a father. Meethi breaks down and waits for a chance to speak to Akash.

Tapasya and Rathore is also having a romantic track ahead after many years. Rathore bring her home and she does her Grah Pravesh hitting the Kalash followed by other rituals. (Don’t know who is interested in this oldies love track!!) Later on, Akash feels its destiny that this has happened and he should not regard Meethi responsible. He thinks to start a new life with her and starts planning a romantic night with her. He surprises Meethi taking her out to a lawn which he decorates beautifully with flowers and candles. Meethi is amazed seeing it and her eyes start having tears of happiness and thankfulness. Akash and Meethi have some sweet romantic moments there and it starts raining, which halts their romance. Will Meethi tell the truth to Akash that she can’t conceive again? Keep reading.