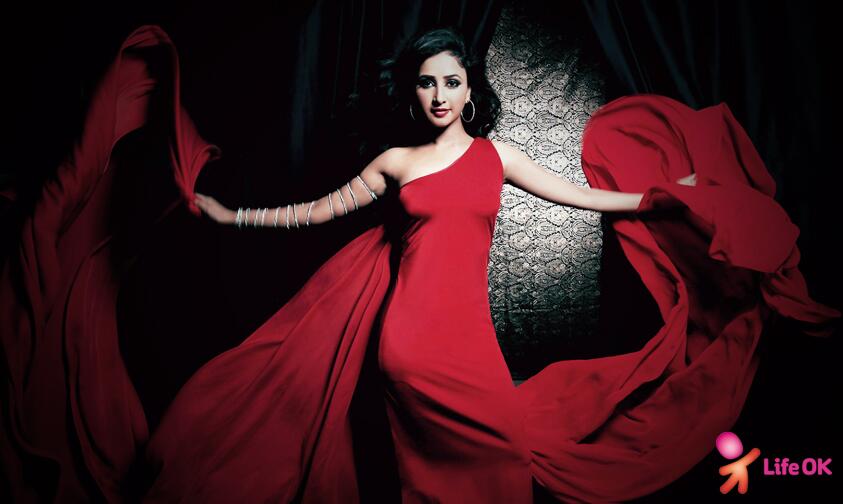 Lajjo was sleeping on the sofa when Sagar brought tea for her, as a good gesture. She had a headache and could not balance herself, thus fell on him. Just then, Ratri enters the house, and seeing them in an odd situation, she quickly takes their photos in her phone and comes in clapping, to taunt Lajjo for compromising with Sagar to be a star. Sagar gets angry and scolds her, but Ratri shows them the pics shocking them. She blackmails them to take their name back from the competition, else Lajjo will lose her good name, being linked to him for having an affair.

Sagar can’t see Lajjo in any problem and decides to back off. Lajjo asks him to pursue his dream as this is very important for his career, he can leave her and take Ratri back. Sagar tells her that no one can take her place, no one is good as her, she is just the best. Sagar takes the final decision and Anjali gets upset with this, knowing what Sagar has to face, the sponsors can file a case against him for withdrawing all of a sudden. Later on, Lajjo will come to know about Ratri being involved in a drug scandal and she will use this fact to threaten Ratri to delete their pics else she will inform the police. Ratri has to take her hands back and let Lajjo compete against her, as she is scared of the drug scandal, which can ruin her career.

Sagar becomes glad that he is back in the competition and promises Lajjo that he will take her to stardom. He asks her to go for a photo shoot, as he will be launching her in grand way with hoardings all over the city. Nikhil comes across the hoardings and is shocked to see Lajjo. He reads about her that she is an upcoming star Trishna and has changed into a modern girl. He can’t believe this. Will Nikhil get happy or upset with this news? Will this bring any difference between Nikhil and Lajjo? Keep reading.