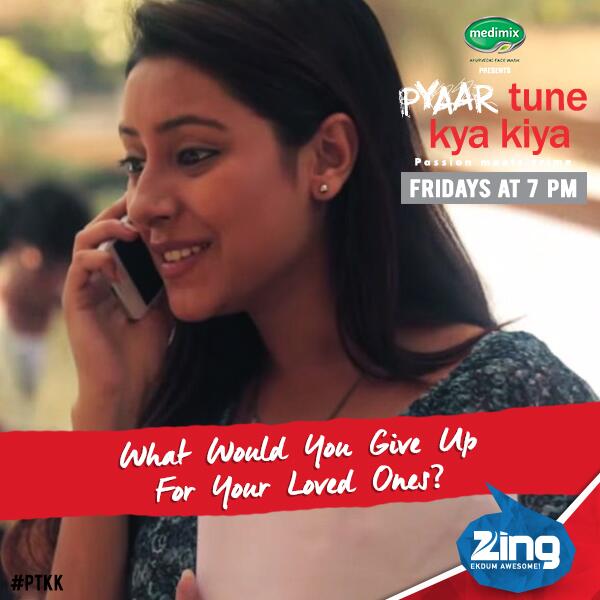 The story is about Ruhi Bagga, a 22 year old girl from Chandigarh who comes to Mumbai for a career in films. After coming to Mumbai, she is helped by her friend Neelam who arranges some auditions for her. She attends some auditions and sooner is introduced to Rajat by Neelam.

They begin to spend time together, and on one occasion Rajat informs her that his parents aren’t informed about his acting struggle. Ruhi also speaks of coming to Mumbai with a dream and wants to challenge herself. They stay together and soon she gets an offer to act in a film, and informs the same to her mother. Ruhi and Rajat are living together at that time, and she comes home and celebrate the good news of film offer by cutting a cake and sharing with him. She confesses her love to him, and he also reciprocates his love for her.

Sooner, Ruhi gets a call from her mother who informs that her father got a heart attack. Ruhi is devastated and confronts Rajat as he is not understanding her point of view. She speaks that her father’s life is at stake with pain in the voice, and also suggests that both of them are out of work since she lost her film offer and he has lost his commercial Ad. She asks him from where they can get the money in this situation ? Rajat leaves from there as he doesn’t have an answer.

Ruhi takes a drastic step to get money and seems to have become a call girl, and is then seen with a man Tony who looks at her and even comes close to touch her. Will Ruhi’s love for Rajat will fade away as her priority is to get money for her father’s treatment ? What will be the outcome of Ruhi’s work as a call girl ? How will Rajat react once knowing more about Ruhi’s drastic step ? Will she succeed in helping her father by any means ? Does their love surpass those difficult times ? Stay tuned to Pyaar Tune Kya Kiya this Friday @ 7 PM on Zing TV.

Info on Cast:
* Ruhi Bhagga is played by actress Pratyusha Banerjee.
– Pratyusha was born in Jamshedpur, Jharkhand
– Played the role of Anandi in Balika Vadhu and started her career.
– Contestant of Jalak Dikhhla Jaa 5 (2012)
– Contestant on Big Boss 7 on Colors (2013)

* Tony is played by actor Rushad Rana
– Played the role of Anvay Yashvardhan Goel in Sony TV’s Jee Le Zara. (the show ended on May 8, 2014)
– Worked in Sony TV’s shows CID and Adaalat in 2012
– Rushad has worked in Bollywood films as well. Read more at his IMDB page.