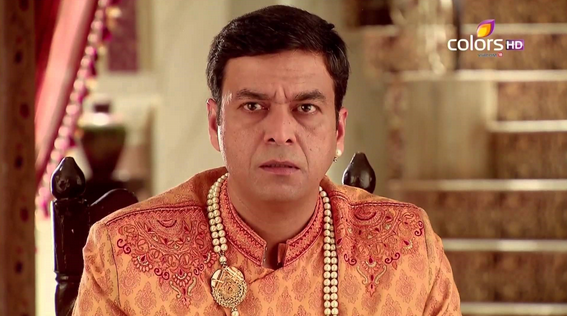 Anandi and Dadisaa go to attend Gulli’s marriage and see the molestation issues cropping up, as some people speak to the groom’s family that Mulli was molested by Het Singh’s son Sooraj and later on she became the reason for his death, as Dadisaa shot him as he was about to rape her. The groom and his family are shocked knowing this, as Gulli’s parents has hidden this matter from them. They call off the marriage and talk to Gulli and her parents with disrespect. Though Anandi and Dadisaa defend her, but Gulli breaks down to tears. Subhadra’s grandson who comes to visit her in Jaitsar, makes an entry and he likes Gulli. He agrees to marry her, after knowing her past. He is a very positive character, just like Shiv. Dadisaa likes him but Subhadra is against this development.

On the other hand, Dadisaa’s life is going to get shaken up, as she is losing her elder son Basant too. He meets with an accident and loses his life. Gehna is too broken that she can’t believe this fact and his son is Nandu too is down with tears. Jagya whose parents have already gone to the USA for taking care of Dadisaa’s sister, is shaken up by his Tausa’s death. How will he manage his house now, being the sole responsible man. How will the family cope with this major sadness? Keep reading.