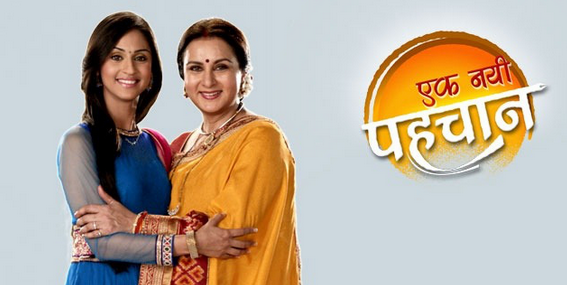 Suresh has literally done injustice with both his wives, and now is holding head deciding who is right and justified. He is regretting to ditch Sharda now, as Pallavi has taken all the property from Sharda and the latter is starting everything from scratch now to make her own identity with the help of her son Karan and daughter in law Sakshi. Pallavi’s daughter Shanaya is also helping her mum is outdoing Sharda and her children. Sharda has started a cloth factory which Shanaya could not bear to see and she attacked the factory to ruin it and Sharda’s confidence.

Sakshi boosts up Sharda to fight again and they start their work again. Shanaya then talks to the workers and makes them join her for better pay and good facilities. Sharda is shell shocked seeing the factory without any worker and tensed as they got an order. Sharda goes to them and gives them a brainwashing lecture and all the workers realize their mistake and come back to Sharda’s factory. Shanaya could not take this failure and calls up Karan’s boss, and influences him to fire Karan. What can be more worse than this? Sakshi comes to know all this is done by Shanaya and that she is going mad for revenge. Sakshi prepares to answer Shanaya by making Sharda not bend to Pallavi. Sharda thinks to lose her identity and work for Pallavi, as they have to earn to survive. But Sakshi gives her strength and tells her that she will work for more hours to finish the order and she need to feel guilty for anything. Sakshi gathers the workers to work extra time and get the order completed before deadlines. Will Sakshi be able to fail Shanaya in her bad plan? Keep reading.