Guest on the show: Cricketers and Stars – Irfan and Yusuf Pathan

Kapil starts the show and speaks that there was some news recently that Maria Sharapova doesn’t know Cricket legend Sachin Tendulkar. He then suggests that people in India now knows who is Maria Sharapova and furthermore many boys in India know her but they don’t know what sport she plays and only know her by her physical appearance and all seems to be spoken in light-hearted manner. He then speaks that children plays with clothes’s bubbles and play cricket with it and the mother beats them as well a bit.

Kapil then welcomes Cricketers who are brothers Irfan and Yusuf Pathan. Irfan and Yusuf comes on stage on the Chak De India! movie title song. He welcomes them. Kapil asks Yusuf whether he feels rivalry with Irfan when they play on opposite sides. Yusuf speaks about having such rivalry in IPL and Irfan speaks of taking the catch of Yusuf and wish at that time some other person takes the catch instead of him but finally he gets the catch and saw Yusuf red-faced and angry at him. Mrs. Sharma (Manju)  comes there and makes a taunt at the size of her mouth. Manju wants to speak with the guests and Irfan wishes to speak with her. She calls Yusuf a dangerous batsman, and Bittu says whether he bats with a knife. Bittu then makes a taunt on Manju’s Saree. Manju speaks that after seeing their love she remembers the love of her sisters. Bittu makes some taunts at sisters of Manju and think that one of her sister is actually a brother but roams around like a sister. Manju leaves from there. 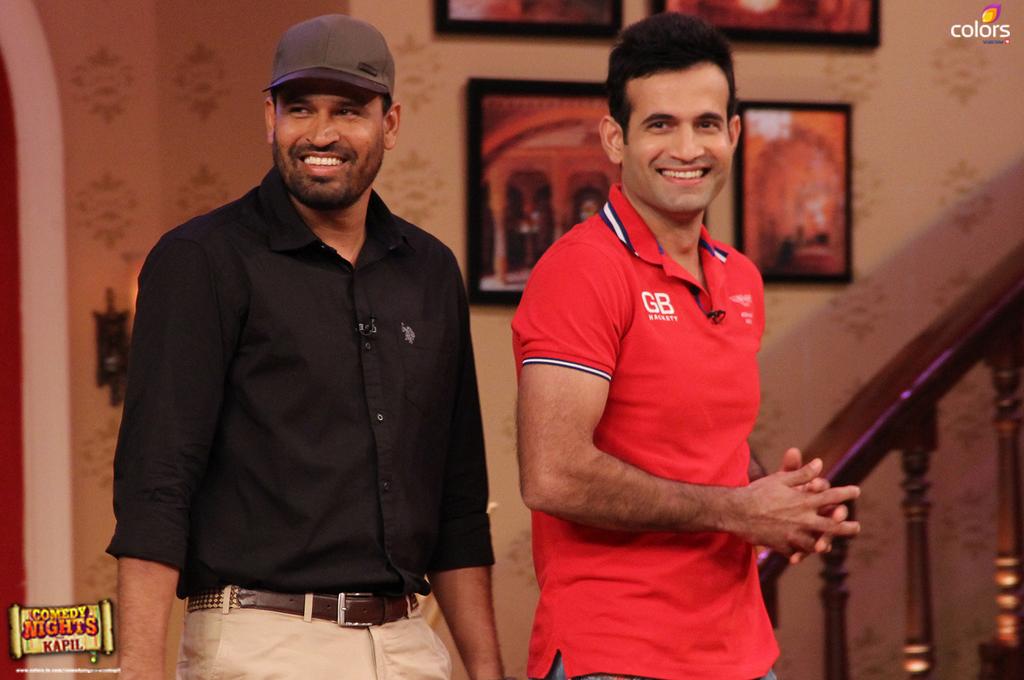 Kapil opens the floor to the audience and the audience member wants to dance with Yusuf. He then comes and dances with Yusuf on Lungi dance, and Yusuf who is normally shy also dances with him and gives him company. Daadi comes there and asks Irfan why is he not marrying until now ? Pankhudi is also there and speaks that there is opportunity and wants to have Irfan’s Swamvyar. Later, Irfan sings the song – Gulabi Aankhen Jo Teri Dekhi. Yusuf also tries to sing the same song and after singing a bit asks Irfan after Gulabi what’s next thus he forget the first line which brings laughter to all.

Kapil also takes  some cricket lessons (Kapil ki Cricket class) from Pathan brothers. Irfan asks him first where is fine leg ? and then Siddu asks Kapil what is silly point ? Kapil replies that he will answer it at an appropriate time. Irfan then asks Kapil what is called when a batsman runs even though he misses the ball from the bowler. Kapil replies and gives a humorous answer – Pagalpanti bringing smiles and that event in Cricket is actually a bye. 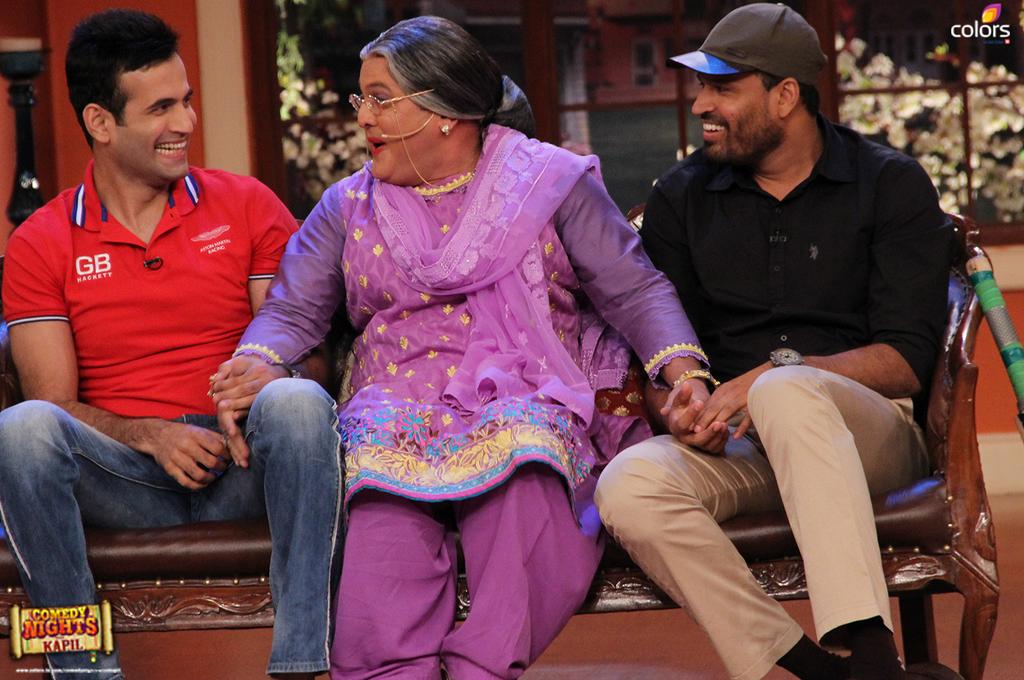 Daadi speaks that she will choose the girl for him, and Pankhudi also wants to choose the girl as well. Daadi and Pankhudi two respective girls from the audience. Pankhudi speaks that the girl she chose wakes up at 4:00 am and Daadi replies that Irfan’s needs a bride and not a rooster. Sooner. the girls dance with Irfan on Tune Mari Entriyan song and also Daadi and Pankhudi joins them in fun. Daadi makes sure that Yusuf also dance and enjoys his time. Kapil takes a selfie with Pathan brothers, and signs off the show on a happy note with Chak De India title song. Stay tuned to Comedy Nights with Kapil every Sat/Sun on Colors @ 10 PM. 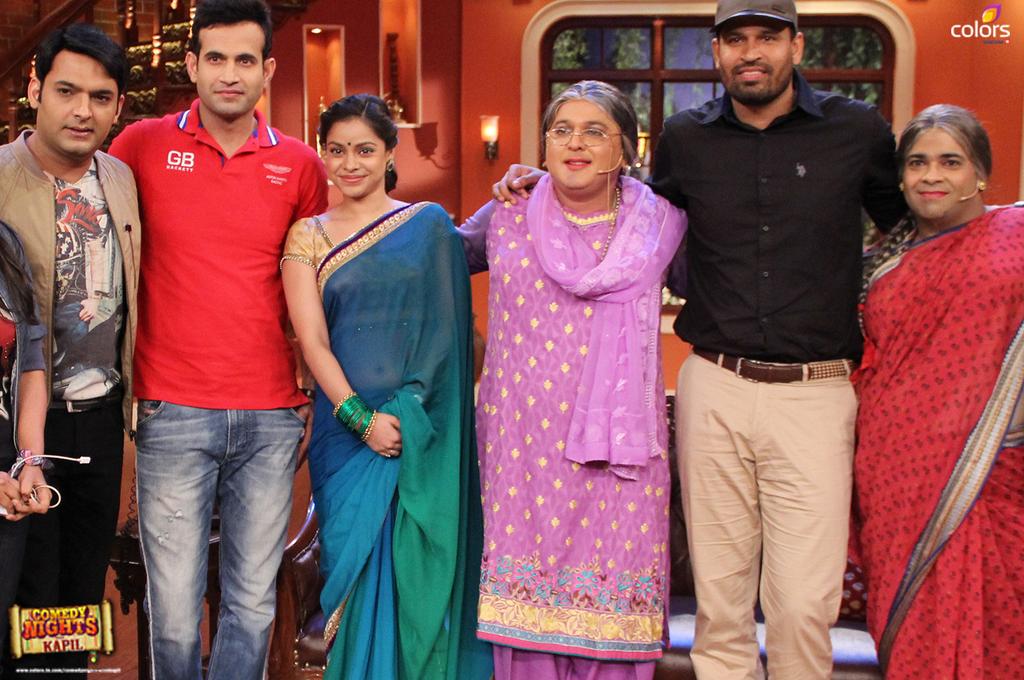