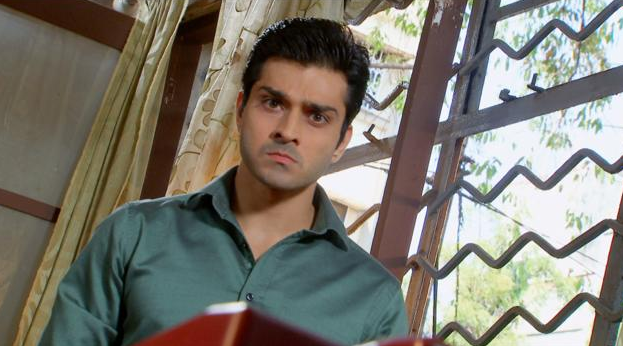 Anjali has stopped Abhay from taking Jyoti and this has been a big shock for Niranjan, as the voice he has suppressed for so many years, have raised all of a sudden. He has also tried to suppress Anjali’s love and worry for her children, and made her look a rock to them, for which all of them simply hated her. But now they will be seeing her true side, as Anjali scolds Abhay and asks him to leave Jyoti’s hand. She protects her daughter, just like any mum would do, and also supports Jyoti in giving divorce to Abhay. Niranjan is very angry on Anjali, but controls himself seeing Shlok and Astha come home. He does not want to do anything infront of Shlok and agrees to everyone, just going with the flow. Well, Anjali has to face a lot in her room, but this time she decides to fight for herself and her daughter’s life.

Abhay goes home in anger and makes a plan with his Bua to kidnap Jyoti’s weakness, that’s her daughter, Anaya. He kidnaps Anaya and calls up Jyoti to demand a big ransom. Jyoti panics and reaches the place to save her daughter, and brings money with her. Abhay slaps her to take revenge and tells her that he knew she would come for her daughter and says he has no emotions connected to Anaya and she does not matter to him. Shlok comes with Jyoti and hears everything from Abhay himself. Shlok scolds him for being the worst father of the world and beats him red and blue. Abhay also fights with him and there is a good action sequence, where the hero beats the villain with his tough metal hands and the villain atlast runs to save his life. Shlok complains to the police about Abhay to get him arrested for his crime. Shlok is turning positive to Anjali, seeing her turn good to Jyoti and her daughter. Will Astha be able to show Niranjan’s true face to Shlok? Keep reading.