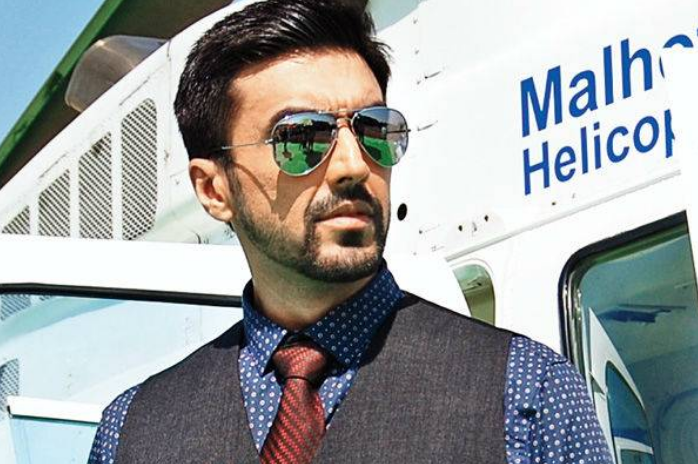 Blunder on Blunder!! Thrashing on thrashing!! EMA is losing even its one remaining star now. Who cares for it now, post Ashish Chowdhry’s exit from the show. For you all to know, Ashish seems to be on a break and its just a temporary exit. We were initially guessing that Ashish too is in a mind frame of leaving the show, but did not write it formally, till he announced it. And he did yesterday night. 28th July brought this shocking tweet of Ashish taking off his shoulders from the huge burden of EMA, which makers directed to him post Rachana’s exit.

Ashish has confirmed it on twitter about his temporary exit (as of now, which may turn permanent if makers stick to their uncreative anti RagNa track).

It is good he came out of the sinking ship, being smart to swim away and moving on to prosperous islands, till the ship gets repaired….. Well, the fans of RagNa will be missing Ashish and Rachana in the show, but when things were not in their favor, what would we expect from them. As the makers has marked Rachana wrongly to make her exit easy, they got a good reaction by Ashish. Ashish has kept up his fan’s hearts by listening to their requests to leave that junkyard EMA and come out. Obviously, one can’t keep frying already fried food and fool people to show it’s really fresh. Rotten tomatoes smell really bad and this is the case of EMA right now. The show lost its uniqueness months ago and now broke million hearts by losing RagNa.

Why do the makers of the show feel they are the smartest and the rest are a bunch of idiots watching the show, or do they feel no one will raise a voice and keep accepting their poor storyline. Where are the creative writers? Why is everything so predictive in the show? We wrote about Kalpi should have used technology and recorded Pakhi’s truth and the makers really did that. Can’t believe this, LOL!! If they can take part of the advice seriously, then why not completely. Why don’t they unite RagNa?

About the current track of the show, Kalpi now knows the truth of how Pakhi cheated Raghav and is going on claiming of their soul union. Before she could bring Raghav out of his guilt and make him sit on the love thrown of her heart, she is kidnapped by Pakhi, making Raghav go dying to find her. Atlast when he gets his love, they meet with an accident, as plotted by the makers, to make Rachana leave the show by the facial surgery scheme and planting Asha Negi in her character and clothes. Raghav will go missing, to come back after Kalpi deals with her trauma alone. Who knows his character can be shown dead too, if Ashish does not plan a comeback. Maybe he too feels overcooked!! Go Raghav go, even give us some peace from your idiotic innocent sweet dumb head. We hope when you come back, you enter as the attitude thrower Raghav Singhania, the real dude. We hope you don’t don the same ‘’Bhai ji’’ personality. We will really miss you, and will rely on the memories from your helicopter landing entry to the final car accident scene!!

Ashish, whatever you do now, first check the creative talent of the makers and then sign on. Few words to the makers, we don’t wish to be harsh on you, we are not in a Love and Hate relationship, so just try to make people smile by your show and please don’t feel you will drag the show by the high criticism response you are getting. Take the viewers’ request seriously, else one day will come when you won’t have anyone to view the show and might end with just one work to freeze the snapshots of the show on the walls for self praisal and satisfaction. Apology for sounding rude, but may happen!! Keep TellyReviewing!!