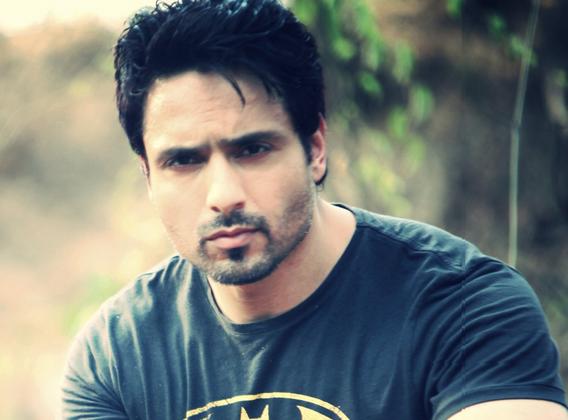 We felt really shattered seeing Anshuman’s character dead, but we were glad that you were still in the show in Aryaman’s skin. This came as a shock to us about your exit from TP, there was so much that Aryaman’s character would have defined like emotions, regretting, change of heart and valuing relationships, but it all ended so abruptly. Feeling gloomy right now…. Anshuman’s character was such an ideal one, the man whom everyone would look upto. We have covered Tumhari Pakhi before on our site and have written about his death scene, where it provoked us to cry with it. Anshuman’s death was a shock for us, and more than that his exit is shocking. He has confirmed his exit on twitter.

Bye bye TP … I'm not going to be there but I'm sure the new story line will be great.keep watching .well what can I say..I love you guys

I love you guys so much.not getting into anything new right now but whenever I do..I'm sure u guys will love me the same way.group hug

We saw the show today and are in favor of Pakhi to get Aryaman punished, as she can’t support any lie and deception. She did not let Ayaan have the support of a weak bridge in his life and went on following Anshuman’s words. But Aryaman was shown having a change of heart, as he was really feeling for Ayaan, loving and hugging him as a father. With Pakhi’s decision to send him to jail, all that character developments have stopped. We would have enjoyed if Aryaman’s character was given some space to showcase its boundaries and instincts. Devki Maa has so many expectations from him, and felt Aryaman would be leading Anshuman’s business and fulfilling his dream project. But sadly, Aryaman’s role will be ending up in jail as Pakhi exposed his crime infront of the media and called the police to get him arrested for Ayaan’s kidnapping and Anshuman’s murder.

With Iqbal Khan leaving the show, Tumhari Pakhi won’t be like our Pakhi anymore, as the show was balanced so well by both the lead actors Iqbal Khan and Shraddha Arya. Don’t know why the makers these days are hunting and shooting their male stars, like Ashish Chowdhry, Iqbal Khan and Gautam Rode in the line…… All of them are just sweet hearts and their exit from the shows will mean a heart jerk for us. There are no more words to say now, just feeling sad all the while…… We hope to see Iqbal in better opportunities. You are a very versatile actor and your abilities were best shown in Tumhari Pakhi. We really loved watching you as Anshuman and Aryaman. All the best for your next shows and we will definitely watch you. We know the road is long, but if we see it from a high point, it appears to be short, so just look at this exit with a big heart and everything will feel short to notice and sob. Keep TellyReviewing!!