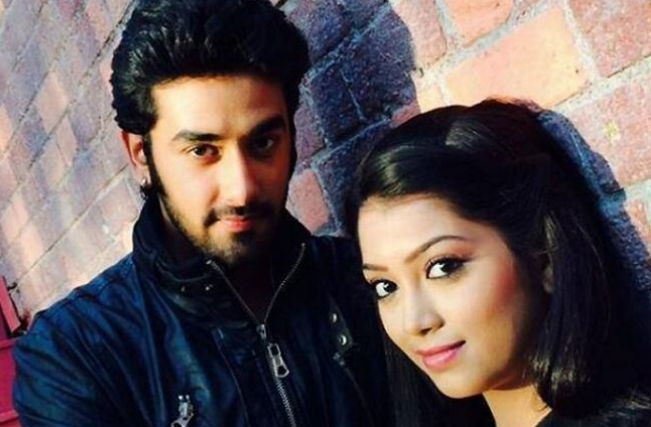 Gunjan was suspicious about Veera’s feelings, being reflected on her face and her every lasting smile which made it evident that Veera is in love. Though Veera was not admitting her love to anyone in the family, Gunjan goes to test her and praises the feeling of love. Veera too starts dreaming about Baldev and shares what she feels for that special guy and how special is love for her. Veera then changes the topic saying she read about love in a novel. Gunjan understands Veera loves someone and sees her with a guy dropping her. She can’t see his face and decides to find out who is the guy.

She hears Veera talking to the guy asking him to meet her at the polyhouse site. Gunjan follows her the next day and sees Baldev there. She says its great to see Baldev working and helping Veera. She looks for the guy, not knowing its Baldev. She follows Veera to the office and sees her in Baldev’s arms and both admitting they love each other. Gunjan leaves and Veera goes after her to stop her from telling it to the family. Gunjan talks to Veera at home, and tells her to rethink about her relation with Baldev, as they are completely opposite. Baldev is not educated and Veera came from the city getting well educated.

Veera feels Baldev is the right guy for her, as no one can love her more than him, but Gunjan is unsure knowing her brother very well since childhood. Gunjan tries to change Veera’s mind to see whether she is very sure about her love and Baldev. Veera sounds confident to her and then she speaks to Balddev about Veera. Gunjan then thinks their love should be tested, and some misunderstanding happens between Baldev and Veera. Gunjan steps in to solve their fight and unite the lovers again. That’s called a good sister!! Keep reading.