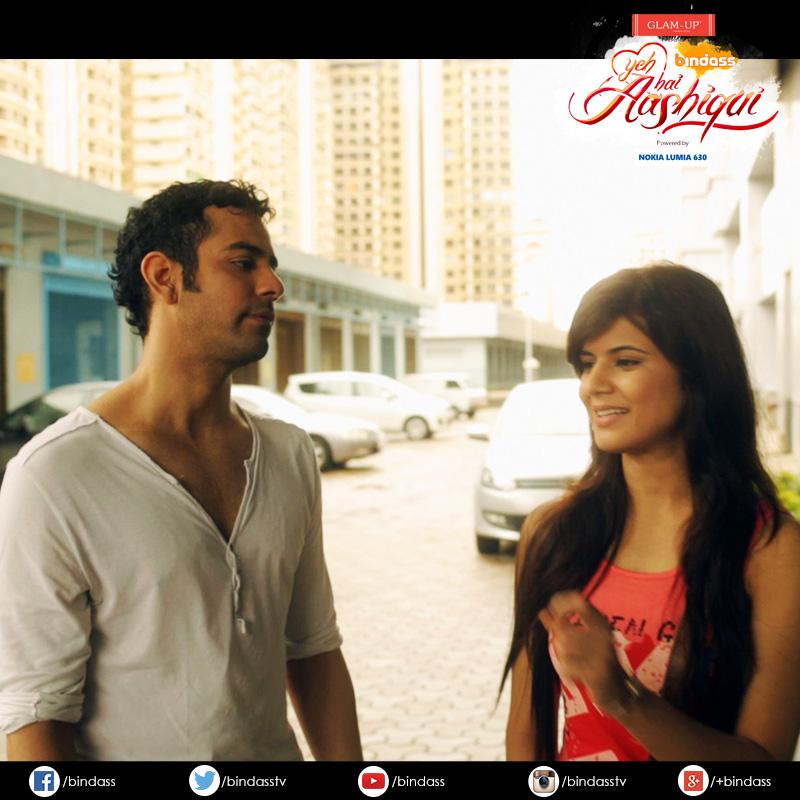 The story is about Aayesha and Ronnie. Aayesha works at a lounger bar as a waitress and Ronnie is a rich cool guy who visits that lounge to eye and woo girls with his charm and persona. She finds him everyday flirting with different girls and having a date with them. Aayesha doesn’t like guys who are rich and the ones who only like fun.

During one time when Ronnie was wooing a girl on a date at the lounge, Aayesha comes with the drink and it happens that she falls the drink there much to the annoyance of her boss. She replies on leaving the job if the boss have any problem. Ronnie sees how she was treated by her boss and he instead offers her apology with a sorry note. Sooner then, Ronnie tries to come close to Aayesha and she thinks that he is flirting with her and wants him to step back. He then asks her whether she is afraid to fall in love with him. Aayesha accepts his friendship offer and they spend time together and he is happy to be with her which was evident in him taking selfies but she was not reciprocating the same affection to him.

Aayesha was not thinking much on their friendship and showing respect. She also wanted to see him on his own rather than showing exuberance because of his richness. Ronnie who was earlier successful in wooing girls and make them fall for him and life was easy for him since girls were also reciprocating charm and giving him attention.

Later on, Ronnie realizes about his own personality and behavior and what’s right and wrong with him and comes back to the lounge to sincerely speak about his love for her. By then, Aayesha too realized her mistake of shunning Ronnie very badly and love was ignited in her as well. She reciprocates the same feelings like Ronnie and showers him a warm hug to give a seal to their love and becoming lovestruck.

Some of the questions are: Why Aayesha initially had a preset mind on rich boys and their attitude specially to flirt and woo different girls ? What made Ronnie to lend a friendship hand to Aayesha in first place apart from feeling apologetic since she was treated badly by her boss ? Why friendship with Ronnie couldn’t change her attitude and thinking ? What were the qualities of Ronnie which made an impact on her though inertly which later became active resulting in love ? How Ronnie came close to her and realized the rights and wrongs of his personality ? What made Ronnie take the step to shower his love for Aayesha which resulted in both becoming lovestruck ? Stay tuned to Yeh Hai Aashiqui this Friday @ 6:00 PM on Bindass.

Info On Cast:
* Aayesha is played by actress Annie Gill
– Annie Gill was born in Firozpur, Punjab, India. She first made an entry on Indian Television by participating as a game partner of Rahul Bose in Color’s reality show – Khatron ke Khiladi Season 3.
– She also took part in another reality show Zor Ka Jhatka: Total Wipeout (NDTV Imagine). Her major role is of Rano in Sony’s show – Anamika [show ended in September 2013]. Read more at her Wikipedia page.
– Annie did the first episode (31st May 2014) of Love by Chance and played the role of Roshni opposite Mandy (Mahender). If interested, read the written update of that episode on our site here.