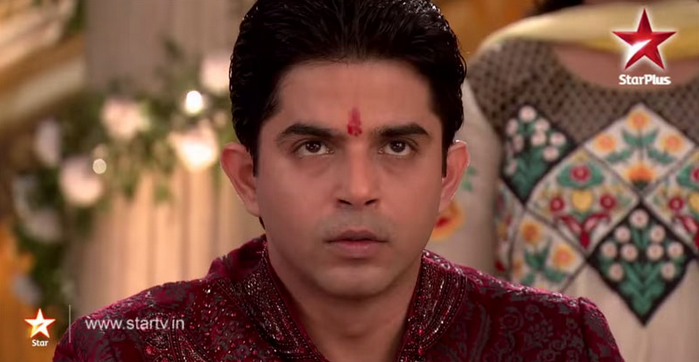 There were these rumors before too, that Mihir is actually Shagun’s brother and is taking revenge from Raman and Ishita for insulting Shagun in the party. But the latter did not happen, and the former can be proved true as per the track going on. Mihir and Mihika are getting married and everyone knows Mihir is a gem of a person by heart. He really loves Mihika, and more than that he loves Raman, as his elder brother and his every relation in his life. Mihir’s bond with Raman is very strong, and Raman knows about his past and family, but is tight lipped as he does not want the Bhalla family or Ishita to know about it. Mrs. Bhalla and Mrs. Iyer give their motherly love to Mihir, knowing he has not been in touch with his mum since long. Mihir regards the Bhalla family as his family and is happy to have them.

Raman asks Ishita to see Mihir’s home and try to make it clean and tidy, even renovate it as per Mihika’s taste, as she is the one who will be sharing the home with Mihir now. Ishita agrees and goes to Mihir’s home. She is stunned seeing it very clean and a treat to her eyes. She is amazed seeing Mihir’s so ordered and has named labels on all the drawers to sort things at right place. Mihir is obsessive to keep things neat and Ishita is glad seeing this. She gets a Rakhi in his drawer named Confidential and is curious to know does Mihir have any sister. Ishita asks Raman about Mihir’s family, and Raman does not divulge any details to her, though he seems to be tensed as Ishita started spying on Mihir. Ishita thinks to find out. Poornima’s inclination towards Ruhi is seen since few episodes, and it turns out that she is Ruhi’s grandmum, as she is Shagun’s mum and feels to meet Ruhi again and again.

The shocker comes as Poornima is also Mihir’s mum, which makes Mihir and Shagun siblings, and the Rakhi belongs to Shagun. Mihir and Shagun share the same surname Arora and also same blood. But the makers can still give a new twist, so we can expect something else too. Mihir is very sincere towards Raman and have ended his ties with Shagun, as she has ditched him and went on to Ashok, Raman’s arch rival just for the sake of money. With times changing very soon, Shagun will be falling flat when Ashok denies to marry her, and knowing he has been using her in getting clients for his business, will Mihir support her at that time. Let’s see how the show shapes up in coming week. Does Raman know about these blood relations? What will happen when Ishita comes to know about this?

We just hope Mihir’s adorable character does not turn grey ever, and he sticks to Raman as his soul friend and brother. Poornima has been hiding from Raman, and meeting Ishita and Ruhi…. When will she get caught in Raman’s eyes? We hope these twists are very entertaining to keep our interest high in the show. Ishita wants to make Ruhi and Adi celebrate Raksha Bandhan and wins Raman’s heart by her concern for every member in his family. Ishita goes in Poornima’s cooking classes and learns to make North Indian sweets. She makes special Jalebis for Ruhi, which makes Raman add an extra star to Ishita. Raman has started feeling her genuine goodness, will he fall for her soon? Ishita invites Shagun and Adi on Raksha Bandhan, and seeing Mihir present at the Bhalla house, Shagun’s reaction will be worth watching. Keep reading.