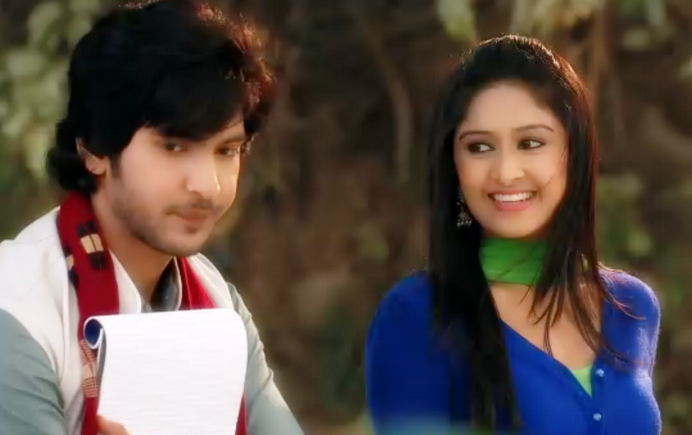 Veera and Baldev came to know of the fraud done with Ranvi, when they heard his song on the radio and the singer credit was given to the music company owner’s son Rahul Sharma. They discussed this with Nihaal Singh, and they together have hit the owner, to ask for an answer. But were shocked when he said Ranvi has sold his songs to him. Ranvi who came there to take his cheque, heard this and cleared that he did not sell his talent and dream. The owner showed the contract stating he is right, and Ranvi says he signed it without reading it, as he is not literate. Veera blames herself for this, for not being with Ranvi at the hour of need, as she was in Poland and could not help Ranvi before signing the wrong contract. Ranvi is heartbroken and decides to quit singing and break his dreams forever. Nihaal and Ratan explain him to give himself another chance, but Ranvi is in no mood to hear them.

Veera makes many efforts, but fails. She then goes ahead and keeps a Mannat, of walking the temple stairs and all the way to temple barefoot, and she does it when it rains heavily. Baldev is worried, but she asks him to leave. Ranvi comes to know about this, and the entire family comes to know about this. Ranvi asks Veera not to do this, but she says she will be much hurt if he stops her from doing so. Ranvi is tensed and decides to keep Veera in her Mannat. Veera’s vow gets fulfilled, and Ranvi changes his mind and agrees to Veera and everyone, that he will build a good singing career and will fight all odds to achieve his dream. He talks to Gunjan about this, and she supports him in achieving his dreams.Veera and Baldev gift him a new guitar, as he broke his old one in anger. Everyone is excited and wishes all the best to Ranvi for his struggle to become a singing sensation in Mumbai. Gunjan accompanies Ranvi on the Mumbai trip, and supports him at every phase of his struggle. Another lovely track ahead, and will be seeing Gunjan in a new look in Mumbai. Keep watching Veera and keep reading here.