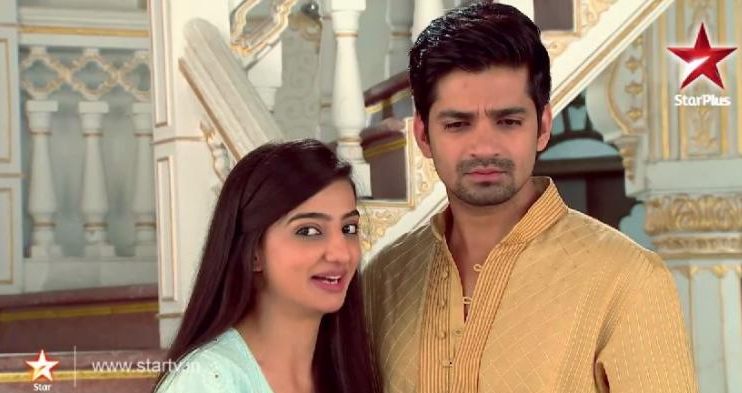 Paridhi has gone very far this time. The innocent Paridhi, called Pari by everyone with love, has shown her true colors and her madness for Jigar. Paridhi has confessed her feelings for Jigar infront of everyone, which just showed how mad she is for Jigar. Kokila asks her to leave her house and go to stay at Urmila’s house, but Paridhi refuses citing her project work, and emotional blackmails Jigar to take her side. Jigar thinks to talk to Paridhi to explain her in a good way that what she is thinking can’t happen, as he loves only Rashi and will have her memories in his heart to live his life. Paridhi is adamant to marry Jigar by anyway right or wrong. Paridhi calls Jigar in her room saying she is very afraid and needs him. Jigar gets worried and runs to her. She hugs him and gets the scene recorded in her mobile, to keep it for future use via a MMS. Poor Jigar falls in her cleverly laid trap.

He convinces Jigar to take her out, just as he took Rashi, and it becomes their first ever date. Jigar agrees as he tells her this is the final time and then she will forget him and move on in life. But Paridhi has other plans. She fools him and takes him to a temple, where she gets her and him clicked as husband and wife, and also makes him sign on the marriage papers lying to him its her slam book. The educated Jigar signs the papers being so foolish without reading it. Paridhi is now his legally wedded wife and gets her claim on Jigar. Jigar in unaware of her mad intentions and thinks this day will end the tie between them. Paridhi comes back to Modi Bhavan as Jigar’s lawful wife, and shocks everyone. Jigar is speechless as he does not know when did he marry Paridhi and the innocent lad fell in her trap. The most shocking reaction will be Urmila’s who will not let Tolu Molu stay with a step mom and take them away from Jigar, with their property share. Will Gopi try to manage this situation? What will our strict Kokila do with Paridhi now? Keep reading.