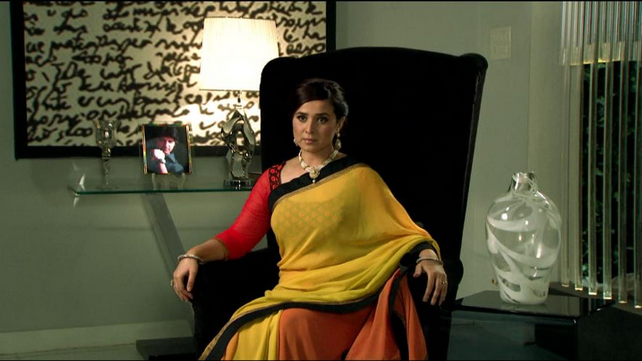 Akash has revealed his real identity to Durga and Dayal that he is Akram Rahmat Khan, and Sakshi Goenka is his step mum, once called Sakshi Rahmat Khan. Durga is shocked and Akram tells her his past how Sakshi killed his father and burnt his press. He reveals his dark past and says he came back to take revenge from Sakshi for his father’s death. Sakshi is not known about Akash being Akram, but has know that Akash is a traitor and has killed Jagga. Akash/Akram has done his work of giving the proof of Rajnath and Raima’s affair to Jatin. He is sure this will shake Sakshi’s world. Sakshi gets the best doctor for Shaurya’s physiotherapy and Durga intervenes to make Shaurya’s state worse always. Sakshi tries to keep Durga away from Shaurya, but Durga has laid her trap to fail Shaurya’s medication.

Jatin calls up Sakshi and tells her about Rajnath having an affair and cheating on her. Sakshi is shocked and does not believe him. Jatin tells her that he has the proof for it and tells her everything. Dev talks to Agnihotri as Rajnath Goenka, changing his voice and comes to know Payal was raped by Shaurya and his friends, and Goenkas has bought the evidence tape for Rs 15 crores to win the case. Dev asks Agnihotri to give him the original tape and decides to get Shaurya and his friends punished to seek justice for Payal, Nitya and their parents. Rajnath comes to know about Dev peeping into the past case and stops him from getting the evidence in the nick of the time. Will Dev start the open war against his family for justice? Durga has promised Akram that she will find out the journey of Sakshi, how she turned into a Goenka from being Rahmat Khan’s wife. Durga knows there are many dark secrets of Sakshi, which are hidden inside the Goenka Mansion. Will Durga find out Sakshi’s past? Keep reading.