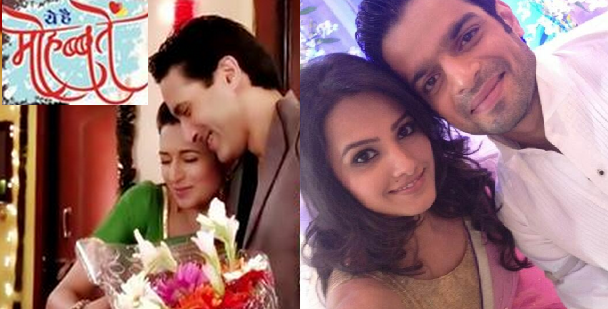 Shagun has been always a ‘’following the greenery’’ woman. When Ashok was successful, she ditched Raman and went along Ashok leaving behind her six month old daughter Ruhi too. Shagun comes in the Asia’s business party with Ashok. She observes Ishita and Mani together and Raman fuming seeing them. Raman too is angry seeing Ishita and Mani’s stupid friendship which hurts his eyes. Ishita and Mani act like third standard kids, as she totally stays clueless of her husband’s pain and is busy thanking her friend and having silly instances. Ishita brings a gift for Raman, and Raman avoids her. Raman indirectly taunts her and Mani, which Ishita does not understand. She tries to keep her mood well and is happy that it’s a big day for Raman. Raman feels even Shagun and Ashok cheated him the same way and wants to be strong. He wins the title and gives the credit of his success to Shagun, his ex wife.

Ishita is hurt and Mani too is shocked by Raman’s sudden change in behavior. As we have written in previous post, about Raman’s speech to give credit to Shagun for making him successful and strong, and making him understand that people follow only a successful man. Shagun is all smiling and Ashok is stunned. Shagun feels proud by Raman’s appraisal and goes to talk to him. Ashok stops her being jealous, and Shagun corners Ashok. She goes to congratulate Raman and is happy that Raman finally gave her value infront of everyone. Ashok gets angry seeing Shagun back to Raman, and Suraj asks him to cool down, as Ashok is not interested in having Shagun now.

Ishita cries seeing Raman and Shagun. She did not need the credit as she just do the good deeds for her husband’s happiness and not for appraisal. She leaves from the party being hurt by Raman’s words. Mani goes after her to pacify her. Raman sees Mani and Ishita going and is angry again. Then comes the angry confrontation and confession of Raman’s love, as we have written in the previous post. We wish Mani leaves Raman and Ishita alone to have some time and sort their differences, rather than sticking to Ishita always like fevicol. Mani is really being the NaagMani to bite Raman’s heart, as he tagged him before. Karan Patel’s acting has been superb always, and more praise seeking in the last few painful and tear popping episodes. He has justified his role with great precision and hats off to him. YHM belongs to Karan Patel and Divyanka Tripathi!! Keep reading.