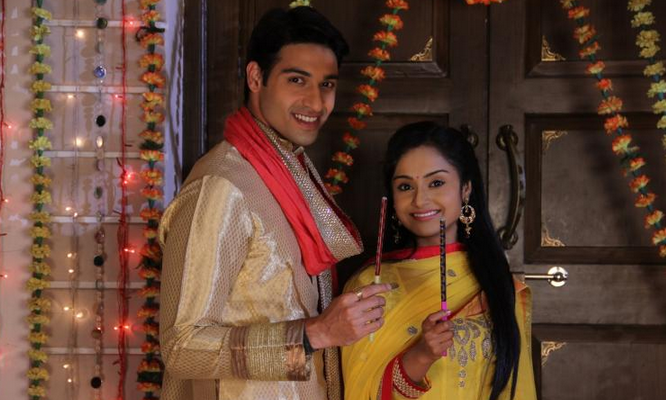 Anushka has taken time to think about Rajat’s proposal as she fears this will end her relation with Devyaani. Rajat is disheartened as Anushka called their love a sin. Shastri ji feels Anu’s decision to say no for marriage is right, as he knows Anu will never be happy as Minty’s daughter in law. Devyaani acts sweet to Anushka and gives her nod to make her accept Rajat. Anushka finally gives a yes for Rajat. Anu and Rajat’s romance will slowly catch up in the show, and a dark shadow will start haunting the lovers and making feel Anushka that their proposal is unlucky. While Rajat is sure of their love, Anushka gets into a doubt for Rajat’s safety.

While Sareen has kicked out Nikki from his home, and wants Minty to not let their sons suffer. He wants to make sure that he unites Anu and Rajat. Minty hates Anu, but at present, she has limited her anger by fear of losing Sareen’s love. Minty has realized her mistake and left everything on fate, with Neil backing her. Who will the one who got after Rajat and Anu’s love? Well, it’s Devyaani who did not forget Rajat and decided to take revenge on Anu for snatching Rajat from her. Watch out the show for some interesting mystery track. Keep reading.