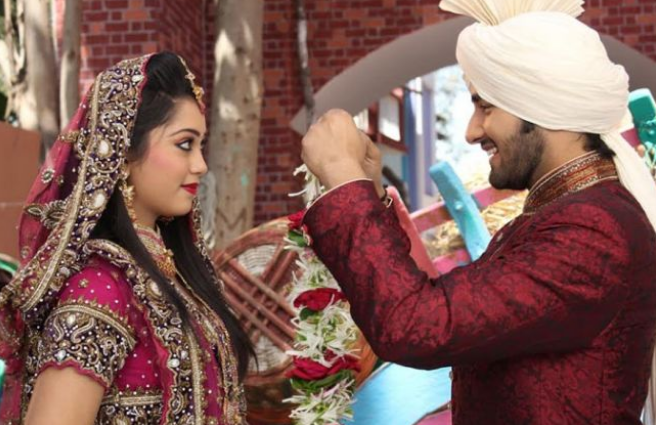 Ranvi comes to know about Gunjan’s bad habits, card playing, taking loans and selling jewelry. He gets angry on her, and Gunjan apologizes to him. She tells him about Rajveer asking for favor from her to convince Veera, and he has intentionally told him her secret. Ranvi is in no mood to forgive her. Gunjan gets tensed and realizes Rajveer is not a right man. Later on, Ranvi makes Ratan wear the red dupatta, and tells Chai ji and Ratan about his decision to get Ratan married to Nihaal. Ranvi has noticed Ratan and Nihaal’s friendship and pure relation. Chai ji is very happy with this decision. Ranvi asks Ratan not to hesitate and make her life complete by accepting Nihaal as her life partner. Baldev and Nihaal have an argument, when Nihaal was trying to explain Baldev some good rules of doing transport business and never to sign on any consignment paper without reading it. Balwant realizes Nihaal has given important knowledge to Baldev to check the consignment details and items, but Baldev was foolish to argue with him. Nihaal is hurt by Baldev’s words, but he still helps him, and fails Rajveer’s plan who keeps illegal items on Baldev’s trucks.

Baldev gets saved when Rajveer checks the truck to send Baldev to jail again and make him fall in Ranvi’s eyes. Baldev gets clean chit because of Nihaal, which makes Rajveer mad on him. Nihaal gets mysteriously killed by someone, that’s Rajveer, and the blame comes on Baldev, as everyone assume his terms with Nihaal was not fine. Will Baldev clear his name from this matter, and what about Ratan’s dreams? Ratan gets shattered by Nihaal’s death. Will Veera and Baldev get married in such bad time? Keep reading.