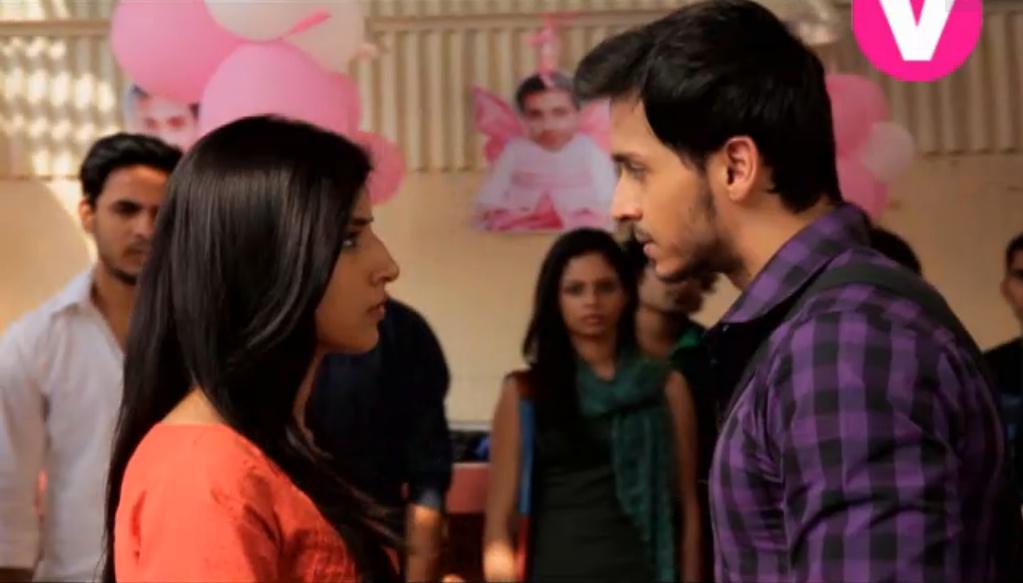 Sanyukta breaks her relationship with Randhir since he is not listening to her and doing things according to his whims – wooing and having a fake affair with Ishika – Rehan’s girlfriend, defiant to destroy his mom – Renuka Sanyal at all cost. Sanyukta gets internship placement in her father’s automobile & manufacturing company after showing excellence in the interview – Rubik’s cube 3-D combination puzzle, proving her mettle as mechanical engineering student by providing details of turbine engine. She knows on not finding support in her father’s company since her father, brother Ankit feel that girls can’t do engineering. But still she chooses to work there to break the stereotype, their thinking and usher a positive change in them. Randhir would be choosing the internship at his father’s company since he plans to destroy his mom and also to teach his step brother/dad a lesson. He wants to hurt Rehan by taking his GF Ishika and even informed him about showing his charm to her. What more Randhir would do to outdo Rehan & create problems ?

The cause of Sanyukta and Randhir’s broken relationship can be attributed to their Manmarziyan [desires of heart/wish which are not so normal] which overpower their love, sacrifice, trust and bonding. Sanyukta is disheartened since she never saw a guy apart from Randhir and was true but Randhir justifies his cheating/fake affair by saying cheating is not only physical and calls her selfish/liar/self-centred. So, now Sanyukta’s love for him have changed into hate while he is engrossed in his only aim to destory his mom. Amidst all this, Maya is removed on the charge of misuse of funds by trustees and Vardhan consolidates her. Kabir is the new dean now and his role in Maya’s removal looks certain and Vardhan yearns to know the truth with evidence because he can’t see Maya leaving FITE with someone’s conspiracy/revenge motive. Another development is of Rana’s entry and have been given the security chief role by Kabir. Rana have some uneventful past and Parth is aware of those days. Will Vardhan comes to know the conspiracy behind Maya’s removal – potentially Kabir’s role ? What role Inspector Hooda will play with the entry of Rana – security chief ? Is there possibility of Vardhan speaking to Randhir on his harsh behavior towards Sanyukta ?

Coming to Sanyukta’s factory internship, it was her childhood dream to work at her father’s company and it came true. However, things are not easy for her as it is a completely male dominated workforce. She is expected to hear distasteful comments and even some kind of harassment. But she is defiant to fight for her rights and also yearns to break the stereotype and patriachial thinking. How Sanyukta succeeds in implementing her dream ? What her father & others learn during and after the internship ?