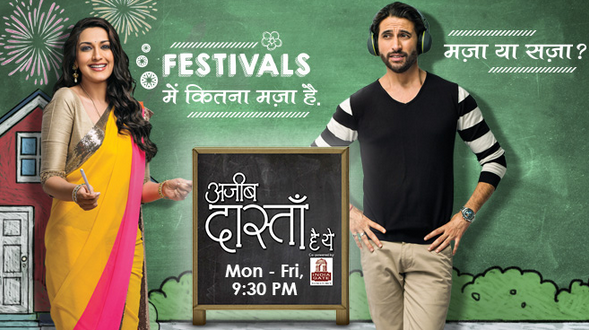 Poor Vikram has yet again lost in getting love, after his proposal went in bin by Samarth’s entry. The connecting moment between Shobha and Vikram, was very touchy when she met him after Usha’s words brainwashing her and thinking even Vikram is like other men who finds her available, as per Samarth’s dirty mind. She meets Vikram with a trust that he will break Usha’s myth. Vikram who decided to confess his feelings steps back by Jia’s innocent plea to unite her parents. Vikram asks Shobha to give a chance to her marriage and Samarth, making her glad by heart by standing unique and clean heart without any motive and selfless support.

The upcoming track has Sarika manipulating Samarth to separate Vikram and Shobha. Her efforts fail as Shobha starts realizing Vikram’s worth in her life, in Samarth’s presence. She gives a chance to Samarth just for the sake of her children’s future, but Samarth starts being careless towards them, and Vikram does all duties of a father. Shobha recalls Vikram’s tries to tell his feelings, and refuses to believe her heart that they are made for each other. Samarth, who acts to be perfectly good person has a motive hidden from his family, and also does not let anyone know about his bail conditions. Samarth is not back for Shobha and is again manipulating things. Vikram who would soon come to know of it, goes to remark Shobha on her decision. Shobha once again gets to a point where her commitment to Samarth, her responsibility towards her children and her undeniable love for Vikram get together. Will Samarth and Sarika’s truth come out? Keep reading.