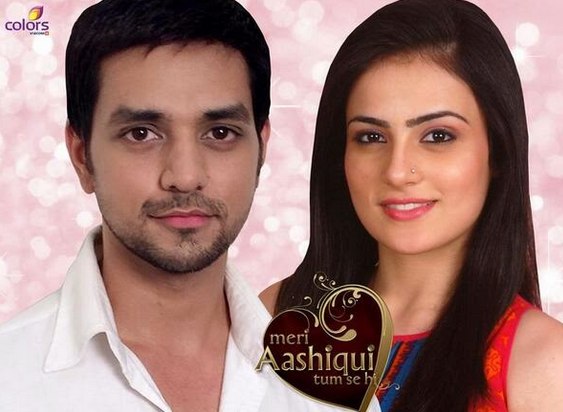 Ishani continues with her defiant and bold attitude to impress RV and if needed make him jealous. But RV doesn’t reciprocate to her strong feelings and reminds her on his perceived betrayal and thinks there can be no love, friendship and care between them. Amba tried to influence Ritika’s dad by proposing RV for her but he declines and gives approval for Sharman-Ritika’s marriage preparations. After that refusal, she goes on to ask Ritika to spend more time with RV as a friend. Ritika agrees for it and it so happens that Ishani-RV and Sharman-Ritika go on a double date. Ishani tries to come close to RV but he doesn’t give attention and to make him jealous she goes on to dance with some boys on a salsa and paso doble dance style which is also sensual. RV gets jealous to see her dance and quietly tricks the boys to not cooperate in dance with her. Ishaani feels some success on triggering such actions from RV.

Also, Ishaani got some success earlier with the police check and RV’s car is checked and they find Ishani in the trunk and thinks she was kidnapped. The police questions RV on Ishani’s identity and relationship. Without any option, he informs that Ishani is his wife. Anyways, Ishani felt happier to hear RV regarding her as his wife under compulsion. Next in the track is Makar Sankranti festivities at RV’s home and there is an oil ritual and both husband-wife needs to have it. RV continues to be upset with her and doesn’t wish to see her face and thus she covers her face and tries to come close with the pretext of oil ritual. But he again shrugs her off though she initially thought he is falling for her. While Ishani is defiant and her goal is RV accepts her love but Amba is taking further steps to outdo Ishani and create more distance between the couple. Amba tries to take help from Chirag to evict Ishani. This thing can lead to further deterioration of Ishani-RV’s relationship but also has the opportunity of Chirag exposing himself in front of RV with his overconfidence and lusty behaviors and Amba’s plans biting the dust. Whether Chirag’s intervention clears the misunderstanding between RV and Ishani, Will it bring them closer ?