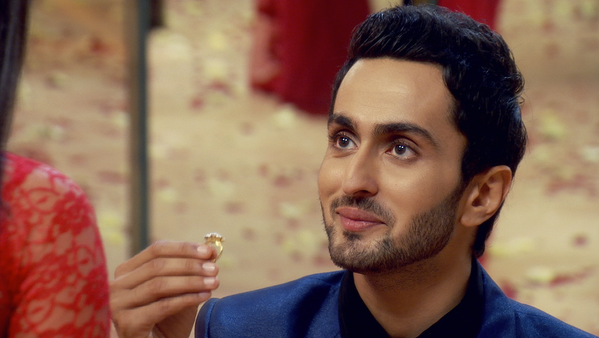 Ishaan proposes to Urmi with sincere feelings and the set-up is grandeur with mirrors and introduces her as his girlfriend. Urmi is shocked to hear Ishaan since she has dedicated her life to Shaurya and doesn’t think of falling in love or committing in a relationship again. She doesn’t give favorable response and gets annoyed. Ishaan gets a heartbreak in love but still tries to meet her and convey his point to reach a middle ground. However, all his attempts are futile since Urmi is no mood to talk to him further. Urmi needs time to understand why Ishaan proposed to her and what she meant to him. Will Urmi re-think on her decision and take much informed view about Ishaan ? What Ishaan would do to overcome his heartbreak and fight for his love ?

Meanwhile, Samrat aka Sam for Sanaya – Urmi’s friend has taken very important place in her life. She loves him much and have accepted his love. She believes that he doesn’t let her think and his intense emotions are the reasons for her to fall for him and even shared about it to Urmi earlier. Samrat at his end wants to marry Sanaya for money and also to follow his old practices of breaking the support systems of the one who is close to him. Sanaya is oblivious of Samrat aka Sam’s plans and already fallen in his trap. Samrat knows about Urmi and Sanaya’s friendship and seen them at the hotel. For how long Samrat would be able to hide his identity from Urmi since Sanaya is already said yes to him. Will Sanaya come to know of Samrat’s evil past and his current malicious intentions for wooing her in love ?