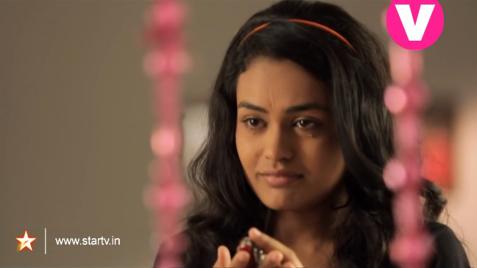 The story is about a young girl Swati who is working as a crime reporter and her fightback. Swati finds a man Aveek – a top guy trying to sexually assault her colleague Nikita in the night at a parking place. She runs to Nikita and stops Aveek from his ill intentions and abuse. She follows on the incident and reports to her boss on how Aveek tried to assault Nikita. Her boss learns that Aveek is a network head of some influential organization. Sooner then, Aveek comes to meet Swati’s boss who then tells her to take back her allegation. Swati gets shocked to hear such an answer from her boss. He meets Swati another time and tries to molest her by showing male chauvinism. He speaks to her boldly while trying to force on her that he can either give wings or put full stop to her career. However, Swati didn’t got scared with his threats and she tries to bring Nikta to open-up against Aveek. It turns out Nikita declines to support Swati and instead suggests she is speaking a fake story. Nikita speaks a lie and feels bit uncomfortable with it but does it any way. After hearing Nikita’s words, Swati’s boss fires her from his News channel.

Swati is undettered in her approach and prepares to prove Aveek’s guilt. She says Halla Bol and exposes Aveek’s guilt in front of other media people. With her fighting spirit and determination, Swati fought for the righteous and also stood for her own work ethics/belief and prove that girls are not lesser than anyone. What made Aveek to be overconfident and continue to threaten Swati with his brazen attitude ? How Swati fought to prove Aveek’s actions when she didn’t support from her own boss and colleague – Nikita ? Will Swati earn back her deserved job with respect ? Stay tuned to Halla Bol this Sunday @ 6 PM on Bindass TV.

Info on Cast:
* Swati is portrayed by actress Sheetal Singh
– Sheetal was born on November 22, 1989 in Lucknow, India.
– She made TV debut with Channel V’s Paanch: Five Wrongs make a Right and portrayed the lead role of Roshni [2014].
– Worked as flight stewardess for brief time, Went to St. Teresa’s College and Central Academy and University of Mumbai for her studies.
– Attended Circle in the Square Theatre School, the very well reputed acting school in New York city and studied acting.

* Nikita is portrayed by actress Isha Chawla
– She recently portrayed the role of Taniya in PTKK’s Season 2 Episode 6 aired on 3rd October 2014.