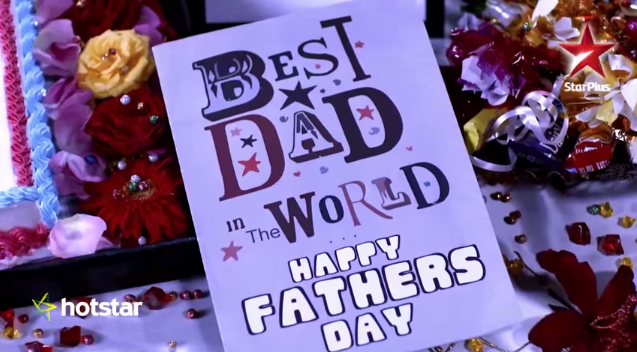 Mathur Family is all set to celebrate Father’s Day. The girls hide it from Rishi to give him a surprise in evening, while he unwillingly goes to office after seeing his family busy. Rishi gets under pressure by the bank for 100 crore payback and he loses his strength to face the world after bankruptcy. Rishi goes missing, while the girls wait for him till night to give him a lovely surprise. Rishi’s bankruptcy news reaches the media and Rishi requests them not to give it to print. Amaya’s superman gets so weak that he commits suicide. Sneha gets much worried and asks Hari to find out Rishi. Later on, they get the sad news of Rishi’s demise. Sneha breaks this news to her daughters, which shatters them.

Sneha visits the Economic Offenses Wing(EOW) and could not save Hari from getting arrested to be involved in Rishi’s business. Amaya breaks down by her superman’s death news and determines to fight with the bad scenario. She tries taking help from her friends, and no one helps. The Mathurs lose their home as the bank seizes it. The family goes through a sudden transition from happiness to immense pain after Rishi’s death. Rohan breaks his engagement with Rachita. Sneha gets Rishi’s last voicemail where he tells her about a surprise he kept and guides her to get the legal papers of his property/house in his city of birth Banaras. Sneha asks her daughters to accept this change and they have to leave for Banaras soon. How will Amaya accept this drastic change in her life? Keep reading.