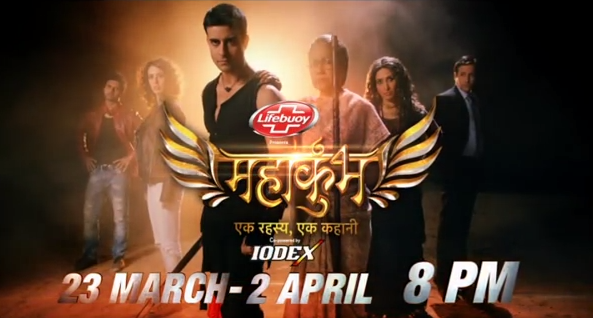 Where there is good, there is evil too. While the Garudas got together for protecting positive Amrit, the evil Naags have arrived to take the Amrit. The seventh Garuda, who can be seen with just Rudra’s vision is Maai Mui, whom Shivanand could not spot her in his Rudraksh driven systems. The special episodes from March 23 to April 2 will air the fight between the Garudas and Naagvansh. The seven Garudas- Rudra, Shivanand, Katherine, Charles, Thapadiya Maai, Tiwari and Maai Mui will be battling with the seven Naags of the Naagvansh who were preparing to claim the Amrit by killing Garudas in the coming Mahakumbh. They plan to break Garudas by hitting on Rudra’s strength, his father Shivanand.

Actor Rahil Azam [known for playing Hatim on Star Plus, 2003-2004] will be playing the role of Dansh – the head of Naagvansh. He is the guy who has given poison to Maya. Rudra clubs with the Garudas, after his dad Shivanand gets captive by the Naags. Katherine gets against Swami Balivesh and Grierson after they have harmed Maya with the help of Naagvansh. Katherine gets moved after seeing Maya’s state and joins the Garudas to support Rudra. Maai Mui becomes a driving force in Rudra’s life, as she appears to him to guide him through the purpose of his life. Rudra accepts his fate and his fight with evil starts with Rudra being the most powerful Garuda of all and he assures of protecting Amrit from wrong hands and also win the battle with Naagvansh.