Naksh first decides to go to India and tries to make himself heard to his parents – Naitik and Akshara, but in vain. He then takes own decision and tricks his family of going to London and instead lands up in India. He marks his entry in family home [Singhania’s] and brings along past memories and eventful moments. Bhabhi Maa senses his arrival much before he came at the entrance and the 10 years of yearning to see him were evident on her face. Naksh sees even his Dadda ji’s in his first impression of family. Bhabhi Maa and Devyaani get glad to see him and all others as well. Naksh have an emotional reunion with family and he comes inside after Bhabhi Maa’s Aarti. He reminisces his childhood and brings happiness to them with his surprise arrival.

Shikar’s sister Krisha is having plans to get married with her boyfriend Derwash and isn’t aware of his poor situation. Shikar doesn’t know how Derwash and Ishani are relatives. He gets drifted towards Ishani and is unable to understand on his feelings. Ishani took the identity of Nirupa Roy to move on from past pains and gets supported from Shikar’s mom Kanchal. Next, Ishani takes part in Shikhar’s family more and selects dresses for Krisha and even for Shikhar. Shikhar just agrees to what Ishani speaks there and even earlier during his date with Sanaya at restaurant he was seeing Ishani/Nirupa everywhere around. Shikhar who is not interested in love but fine with friendship is now finds himself to develop feelings for Ishani. Meanwhile, RV wants to help the girl (Ishani/Nirupa) with Shikar, and give suggestions to Shikar that he needs to open up in front of the girl and remove his inhibitions and confusion. While, Ishani is helping out Shikar’s mom Kanchal in her NGO work but RV still unable to find more leads about Ishani’s presence at Shikar’s home  and also in NGO matter.

Ved takes part in fancy dress as a sweet vendor at the school and gets sad after he is bullied and fun is poked at him. He comes home with dejected feelings and find able support from his dad Sooraj. Sooraj diverts Ved’s sadness by taking him to sweet shop. On other hand, Mohit’s past truth of being a Sadhu comes out to Pari, and she was told he went abroad for job reasons. Pari gets upset with that revelation and asks her dad Mohit who realizes his mistake and lie. She then showers support to mom Emily by an emotional hug.

Viraj earnestly hopes for Sham singh’s health recovery while Kabir wants to know the truth of his relative in the pic but his efforts are not getting realized. Sourabh comes to know of Nisha’s 3 month marriage truth from her, and on other hand Nisha & Kabir are beginning to come close. They are saying something about contract but feelings are suggesting otherwise and its difficult to withold them. Nevertheless, Viraj’s truth on being Kabir’s elder brother is getting unfolded gradually. Sumeet works in tandem with Roopan aunty and prepares to take over the shop by presenting himself as Mr. Responsible. He plans to exploit Roopan’s greed well in realizing his plans and also shows aggression on Dolly. As of now he is presenting a good boy picture of himself which is fake, and only in time his true face & real intentions will be out. Amidst all this, where does Nisha & Kabir’s new found feelings take them, and whether falling in love with Kabir becomes reality for Nisha.

Sujata [veteran Actress Anju Mahendru], the social worker shifts the momentum of custody case towards Ishita. She informs the court’s judge that Ishita Bhalla was the joint custodian with Raman Bhalla, and thus her signature and approval were needed to transfer the custody to Shagun but that was not realized when Ruhi’s custody was given to Shagun. Therefore, as per the rules, the consent of both custodians are necessary. The court then decides to study the case again and by next hearing they will give their final decision. Until that time, Shagun continues to keep the custody of Ruhi while Ishita gets a positive news since the restraining order on her to meet Ruhi has been suspended until then as well. Ishita gets glad with the positive development while Shagun begins to get the feeling of defeat staring at her. 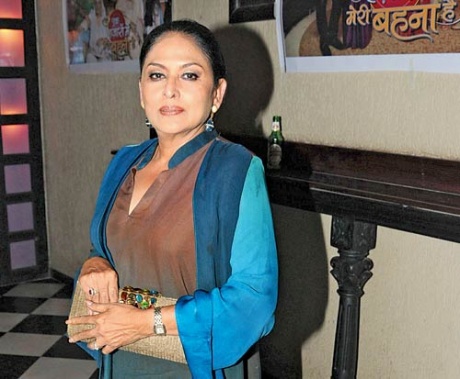 Shaad saves Jannat’s life and carries her in his arms. He even put his life in danger at the mountain cliff in doing so. It was Misbah who sent Jannat to some place as part of her ploy and her aim was to target Shaad. But it didn’t realize well. On another front, the twist happens with Aahil starts to understand about new Sanam’s past actions and later shoots at her and vows to return back to Sanam and have reunion. Will Aahil realize such a thing in practice ?

Titu wants to have the get-up of his beloved Dada ji who has passed away many years ago. Panchi helps Titu in the get-up with Dhoti and they share some unintentional romance when she helps him in wearing Dhoti. He also wears cap like Dada ji to be like him and gives a surprise and shock to his family. He is trying to cover up some of his laziness with his act of becoming Dada ji.

The quest to find the Magadh’s great warrior begun with  Ashoka,  Sushim and Siamak taking part in the competition where they will be tested against fast gushing water, fighting leopard with arrows, overcoming fire. The one remaining undefeated in all these challenge will be the ultimate warrior. Will Ashoka gets triumphant against all odds, and earns the great warrior title ?

Rudra continues to keep an eye on Amaya and her family, and is determined to ruin any of their plans as he holds revenge motive. Sneha agrees to Amaya and Jazz’s request of going to Mumbai and Rudra comes to know of it and wants to stop. In track ahead, Sneha will get outright rejection from her dad Gajendra and Amaya comes to defend her mom and beloved dad Rishi. Now, the question is whether Amaya decides to stay back in Benaras to redeem her family and father’s respect or  decides to leave to Mumbai under those circumstances and change of events.

Sid and Roshni’s suspicion on Rajveer’s role in Samaira’s kidnapping gets more certain. Roshni follows Rajveer in the car and reaches a fort. She thought of unearthing and expose Rajveer but that didn’t happen and instead she finds himself getting abducted by Rajveer and his goons. Rajveer even has trapped Kritika and Roshni is his another victim. Roshni is need of Sid’s help in her dire state and expects her better-half to find her in Rajveer’s custody and help in heroic fashion.

Aaliya is not giving up to harm Bulbul and reaches the hospital to harm her. She dons the role of a nurse and remains in disguise there to evade the eyes of Purab, Sarla & others. She conceals her identity well and prepares to harm Bulbul.

Manik’s focus is to bring out Pandit ji’s true face in front of Nandini and others. Pandit ji is confident about himself and carries duality in his personality with one hand drifting towards Nandini with some obsession while presenting his good persona in front of others, and on other hand wants to see Nandini excel in fusion concert. Manik comes closer to Nandini and showers care. Dhruv is still mistaken about Nandini and couldn’t realize Manik’s earlier sacrifice – drifting away from Nandini, because of their friendship. Thus, misunderstanding remains with Dhruv which needs to get cleared with some event or intervention, and also fusion concert is around the corner. On another front, Cabir & Navya’s mom put efforts to arrange Cabir with Navya in a relationship, and it has to be seen whether their plans bear any fruit.

Click Here to read TR Round Up Spoilers, if you have missed your favorite show in this post.