Shivanya gets a bad dream and gets scared in sleep. She fears of some one attacking her. Ritik sleeps on the ground and wakes up. Shivanya sleeps on the bed and gets restless in sleep. Shivanya starts screaming in sleep. Ritik holds her and tries to calm her. Shivanya asks him to leave her and pushes him. She wakes him up and sees him. He says he did not do anything, she has beaten him. She says she has seen a bad dream, someone was attacking her in dream. Shivanya is fighting in her dream.

Ritik is clueless about her Naagin truth. He asks her not to sleep, as she will get a dream again. He tells her to talk to him all night, so that her fear gets away. He rests in her lap and sleeps after talking for some time. Shivanya makes him sleep on the bed and rests on the floor thinking of her bad dream. Shivanya and Ritik are romancing. Ritik doesn’t know that he is romancing a naagin. They have an eye lock. The destiny is playing games to bring them closer. Ritik’s true love will win Shivanya’s heart. Keep reading. 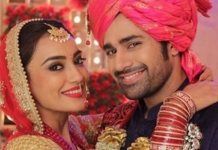 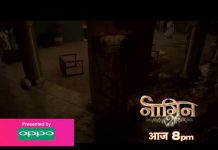 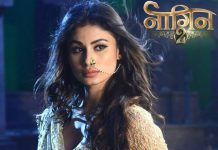