Rana ji and Gayatri have a romantic moment. Gayatri and Rana ji have this flashback scene. Gayatri stitches the button to his shirt and needle hurts him. According to reality in the show, Gayatri makes Rageshwari ready and makes her wear the jewelry. Its because of Rana ji’s repentance. Rageshwari has decided to control the palace. there is twist about Avdesh’s death. Badi Rani Maa will be behind Avdesh’s death and put blame on Rana ji, to make Rageshwari ruin Rana ji and Gayatri’s life. Badi Rani provokes Rageshwari to take such revenge that kills Rana ji every moment. Gayatri unwillingly agrees to support Rana ji in his repentance. 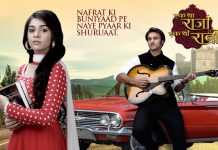 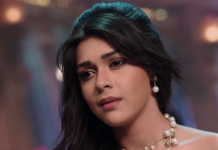