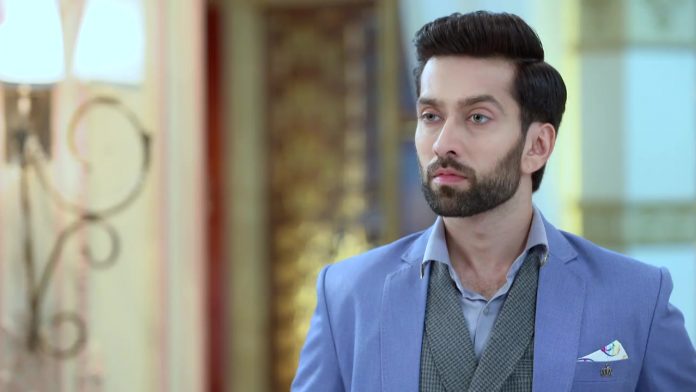 Sahil gets unwell and calls Anika. Inspector asks Shivay who is this girl.

Shivay says Anika is not related to this matter, don’t involve her, but Anika is part of this family.

Anika gets surprised. Anika answers Sahil’s call and tells him that she can’t come home right now. Shivay asks Rudra not to be scared, nothing will happen. Omkara asks Shivay not to become protective wall again.

Omkara feels whatever is in that CD won’t be good for their family. Shivay hopes Omkara is wrong. The CD video is played infront of Oberoi family. A female employee gives statement against Tej’s illegal activities. The girl commits suicide LIVE IN THE VIDEO and holds Tej and Shakti responsible for her death. Oberois get a big shock. Tej tells them that he did not see this video and this girl ever. Shakti supports Tej.

Inspector asks Tej to come to police station. Shivay protects his family and defends Tej and Shakti. Shivay acts much defensive. Omkara asks Shivay to let inspector do his duty.

Tej and Shakti are taken for inquiry.

Anika sees Gayatri smiling with satisfaction. Shivay and Anika comfort Dadi. Dadi is afraid that blame on Tej and Shakti will be proved true. Omkara doubts on Tej, as Ishana has blamed Tej too. Shivay stands as family’s protection and has much belief on his blood. He defines business to Omkara. Shivay is sure their fathers can’t do such crime. A new ACP is appointed on the case. Tej and Shakti are not released.