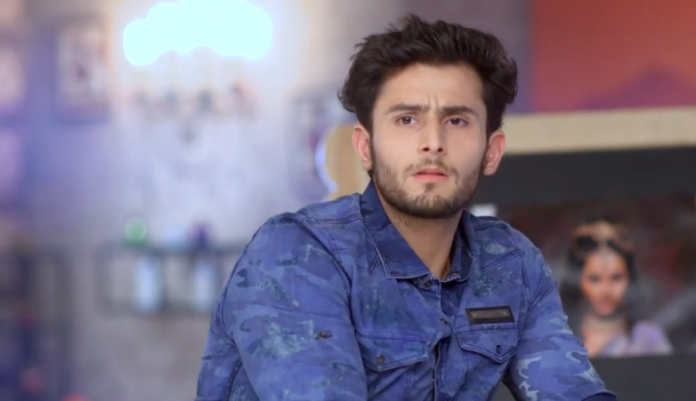 Rudra is fooled by Romi. Romi’s dad also calls her Devi and Rudra as Dev. Rudra finds it weird that her dad did not react seeing them in bed. Romi says its normal for them, as they have become husband and wife right away. Rudra gets a big shock by her weirdo talks.

Romi does not let Rudra go his home. Rudra tries to explain her that their marriage did not happen by being together. Romi explains she is Devi and their marriage happened just on her saying. She asks him to forget his house and they will stay on a mountain top soon. She asks him to stay in her house till their marriage, which will happen tomorrow, then they will become Devi and Devta, and their devotees will pray to them. Rudra can’t have more patience hearing this nonsense. Romi takes away Rudra’s phone. Rudra tries to run away, and Romi’s men catch him. Soumya worriedly calls Romi to know about Rudra. Romi’s stupid psycho talk makes Soumya worry more. Rudra is caught by badly. Romi makes Rudra’s Shuddi karan done and prepares him to get married to her. What will Rudra do now? Will Soumya marry Rudra to save him from mad Romi? Keep reading.