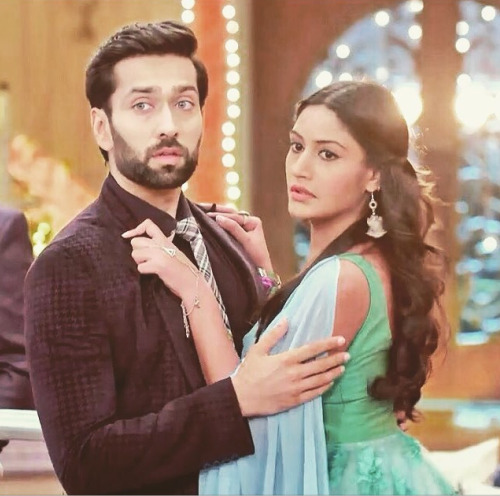 Shivay sees Anika got fever after he has thrown her in swimming pool. Anika has high fever and sleeps in shivering state. Anika recalls her sister who got separated with her before. Shivay checks her fever. He gives her medicines from his personal medical box. Anika wakes up by the dream and misses her sister.

Later on, Shivay hands over the divorce papers to Anika as a gift. Anika gets shocked and decides to leave. Anika is hurt and asks everyone to forgive her if she has hurt them ever. Anika’s heart is broken. Shivay wants to get rid of the marriage soon. Anika knew this had to happen some day. Anika does not sign on papers. Shivay wants divorce as he does not like their match. Shivay’s emotions come out when he sees Anika with Sahil. He feels he has done wrong with Anika, and now he should make things better.

Tia taunts Anika on the divorce papers and hugs Shivay. She thanks Shivay for this surprise. Shivay feels he has put Anika in this situation. Anika gets soft-hearted towards the little kid Sahil. He tells Anika that Sahil will never go any way. He realizes threatening Anika by Sahil’s name was wrong. Shivay’s heart melts seeing Sahil’s state.

Anika apologizes to Pinky for hurting her sentiments. Anika meets the Oberoi family and tells her decision that she is leaving now. Shivay has asked Anika to leave. Sahil comes to take Anika home. Anika hugs Soumya and thanks her for taking care of Sahil. Anika gets leaving with Sahil. Shivay stops Anika and gives her a shock. Shivay asks Anika where is she going, as she has no home left now. He tells Anika that he is the new owner of her house.

Shivay has sold the house to someone else now. Shivay was taking revenge from Anika. Anika asks Shivay where will we go now, it was Sahil’s house, how can he sell it to someone else. Anika asks him will we stay on road now. Sahil falls down. Anika helps him and cries. Shivay was very much rude to Sahil. Shivay feels guilty and supports Sahil. Anika loves Sahil more than her life. Anika argues with Shivay for his step, as he has hurt Sahil’s sentiments more doing this. He tells Anika that her house is sold, and now she will stay with them. Shivay asks Anika and Sahil to stay back in Oberoi mansion. He wants to make things fine for Anika and not hurt her more. Anika stays back in Oberoi mansion, along with Sahil. Omkara and Rudra happily bond with Sahil. Anika’s sister will be making an entry, who will be paired up with Omkara. Keep reading.